You should know by now... I love snow! I love it's pure white, its cold toughness, but also its fragility and ephemeral existence. My last posts were all about the snow so you may wonder if the springtime ever comes to Brasov... Well, after a long winter, the springtime is finally here!

There is still plenty of snow on the mountains around; I was skiing just a few days ago: 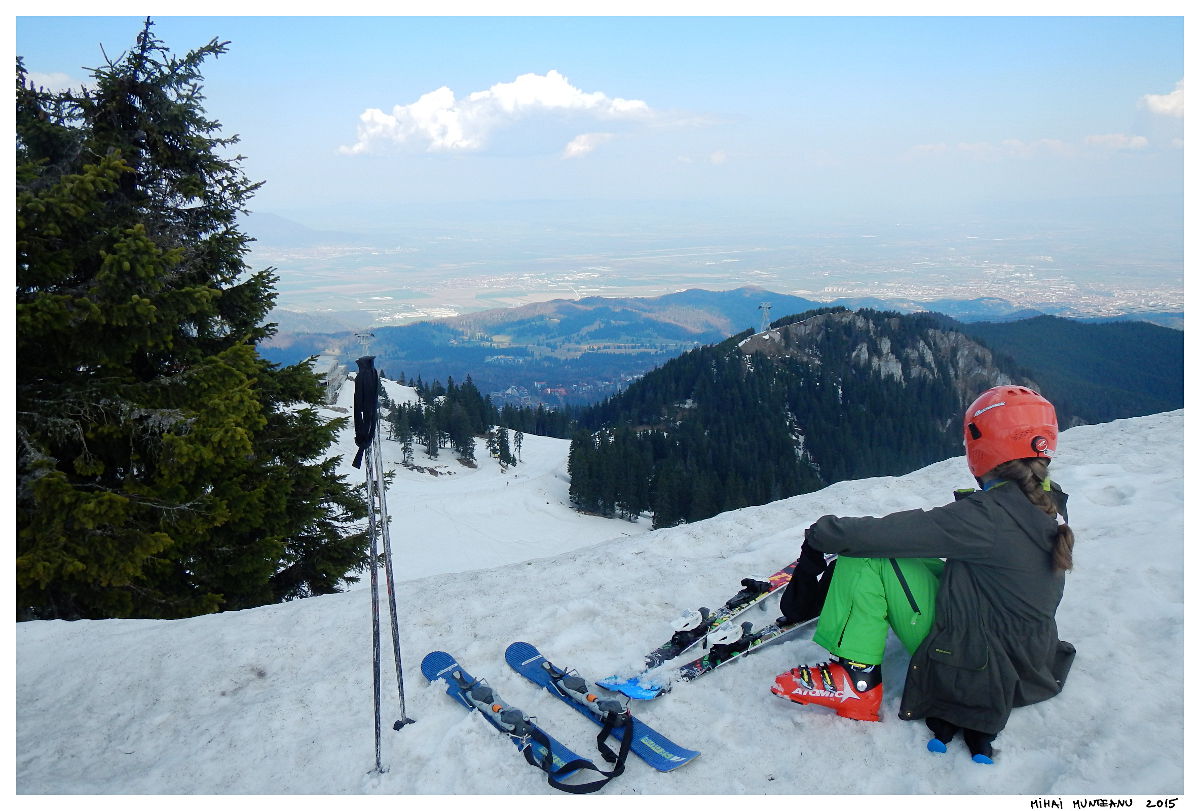 However, down in the city the trees are blooming and everything is turning into a fresh green! Here is the proof. I took this photos in our neighborhood on Sunday, the 26th or April, just after we returned from skiing on Postavarul Mountain 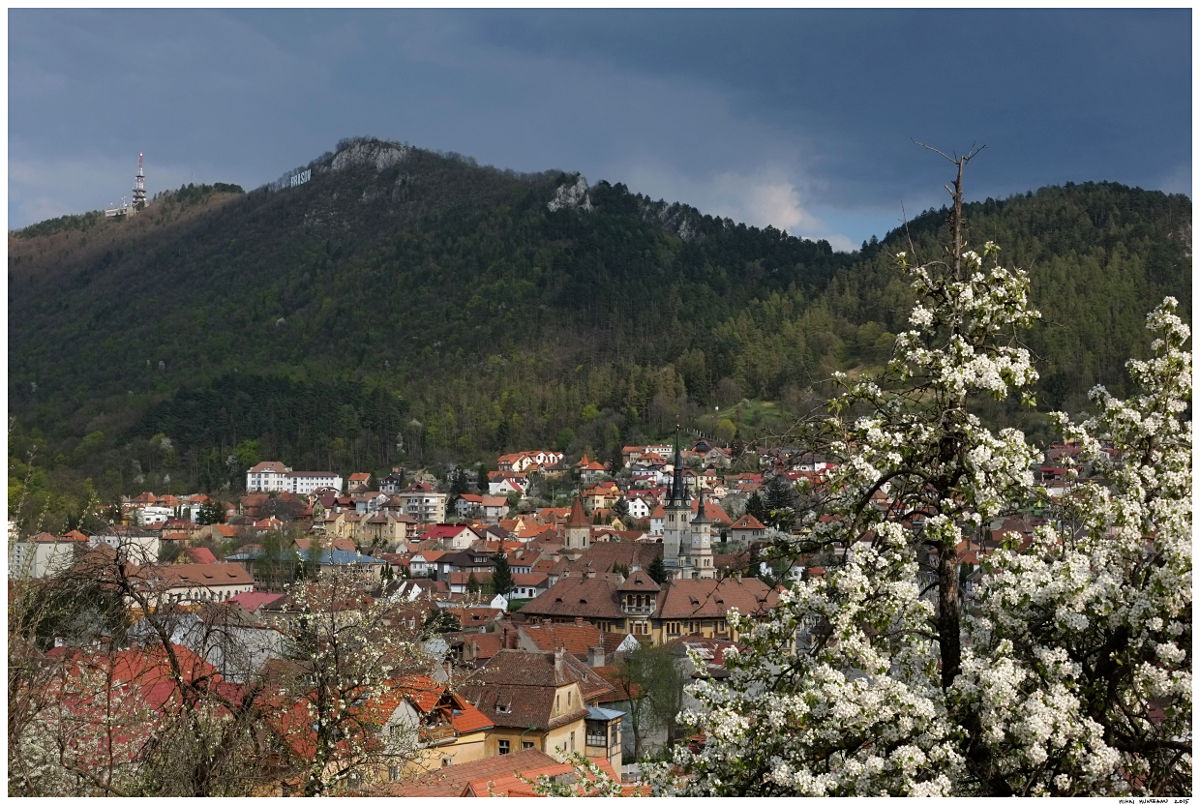 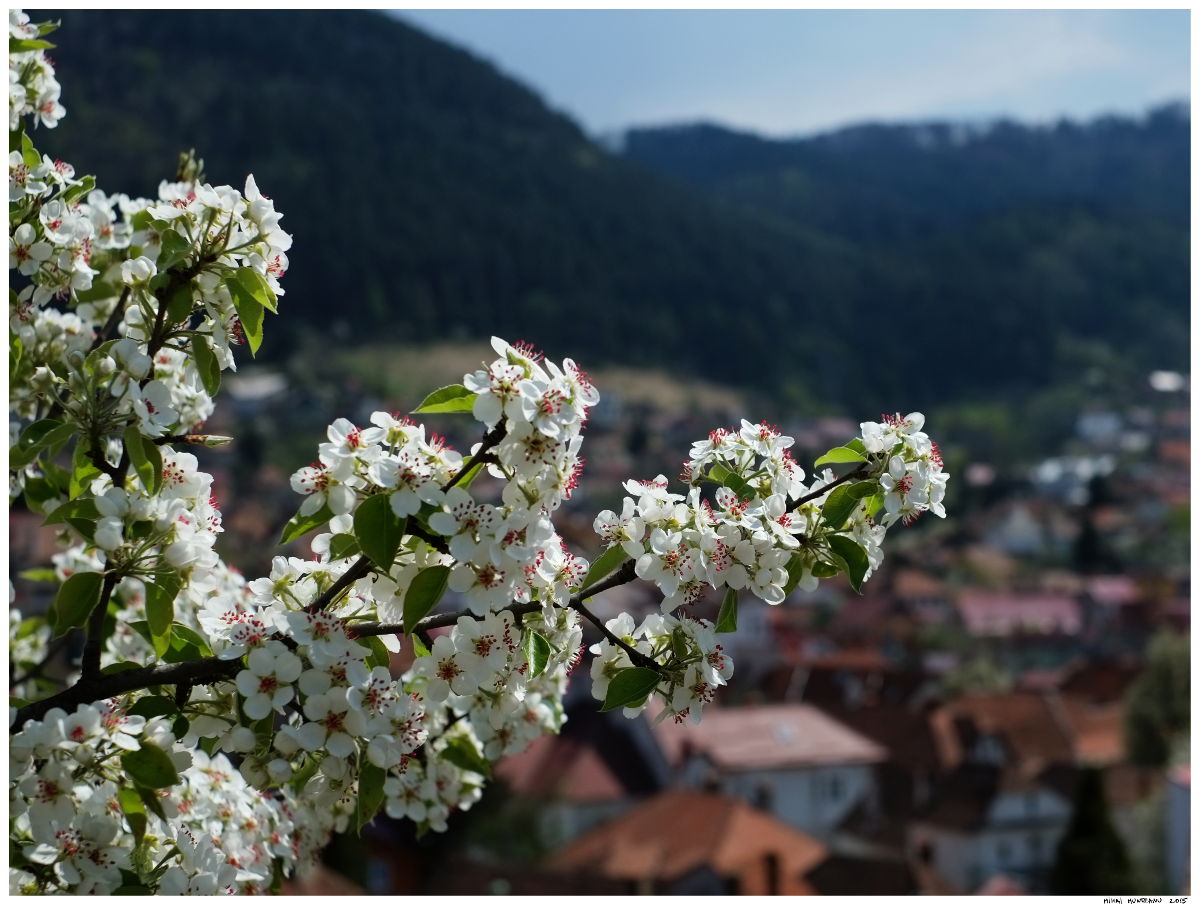 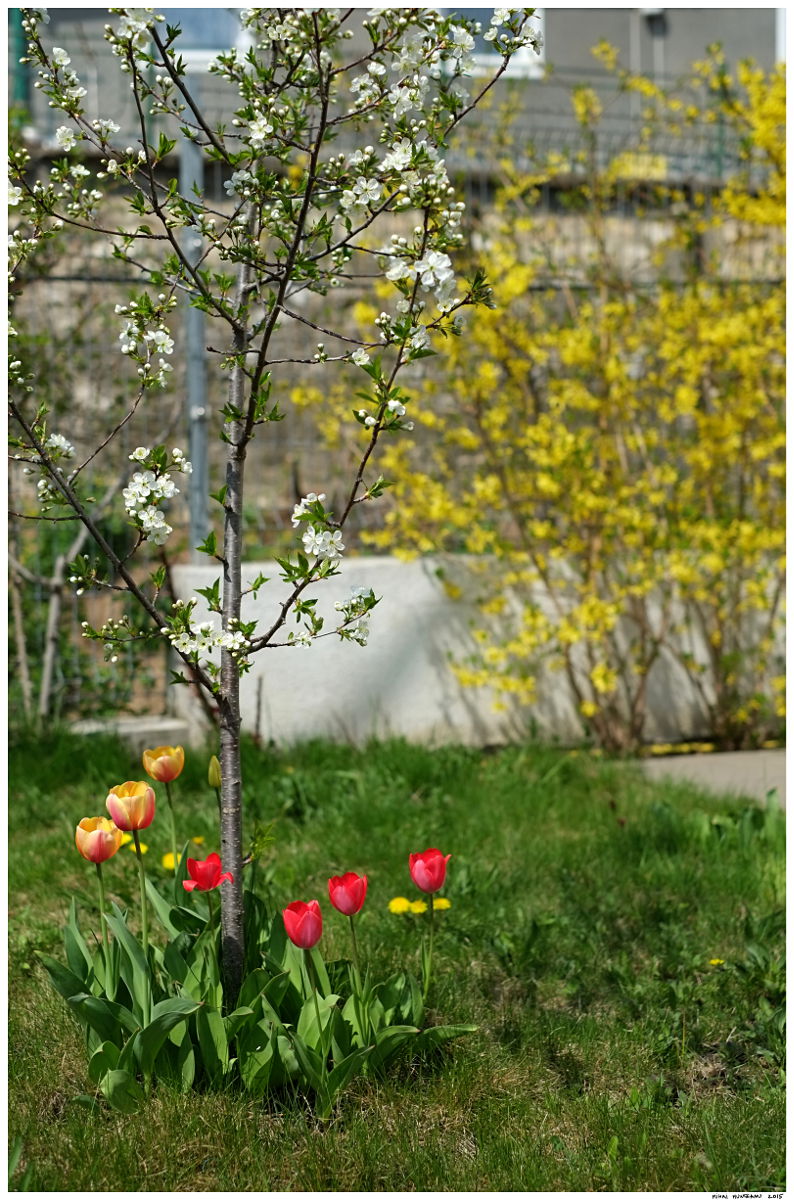 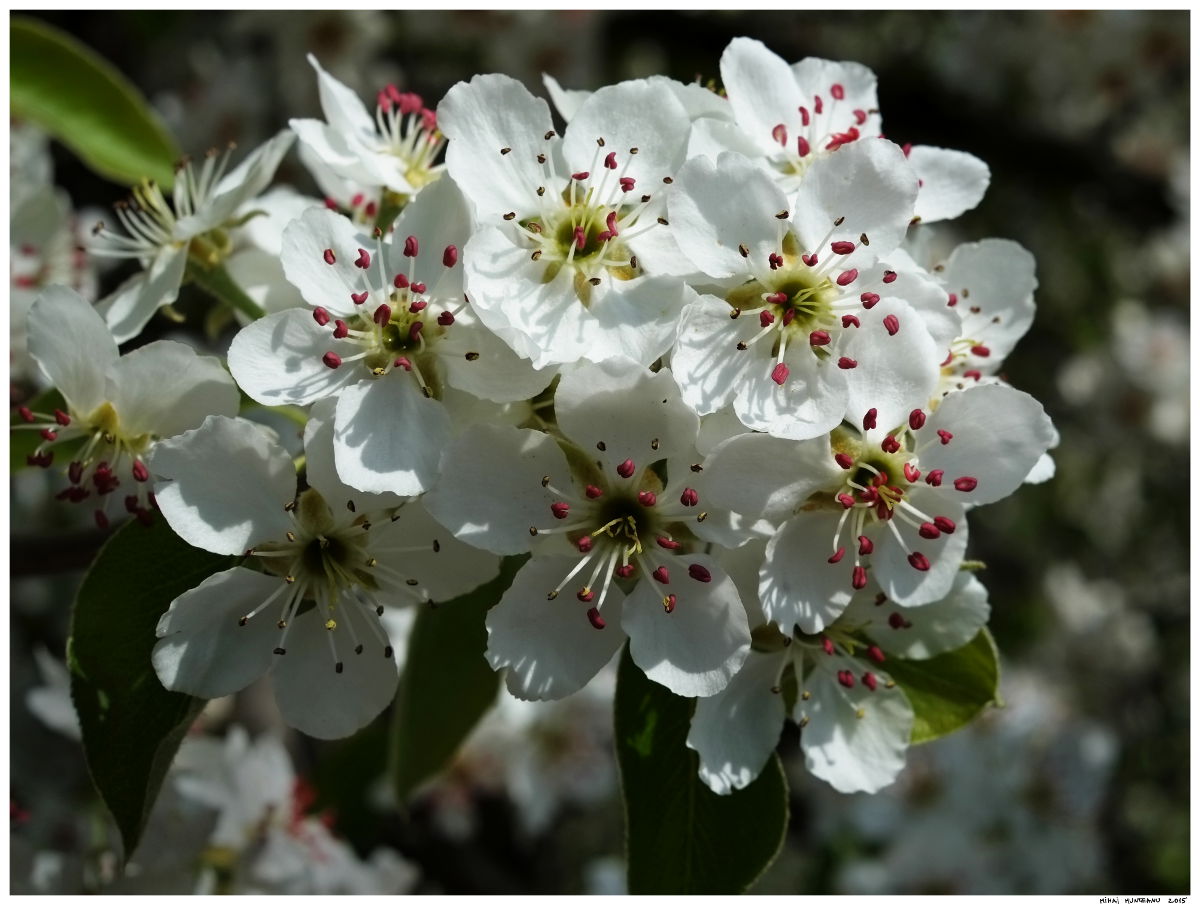 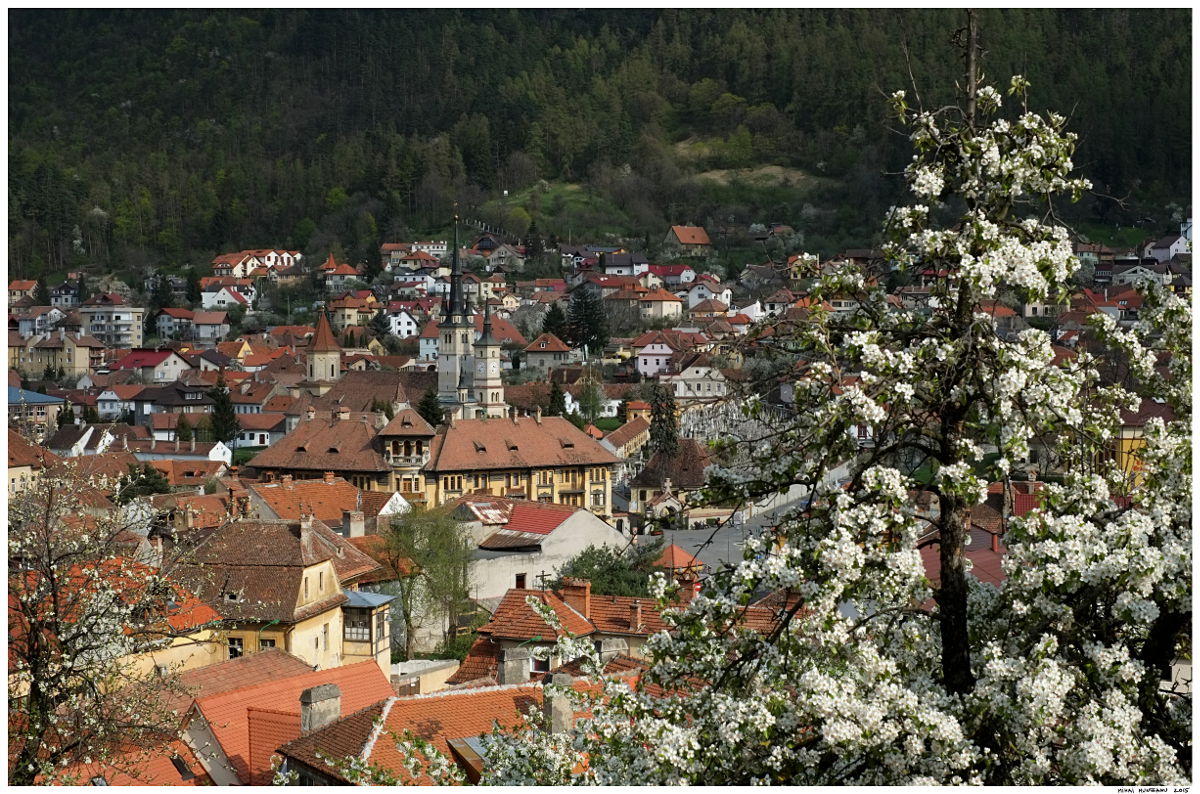 Posted by Mihai Constantin Munteanu at 09:38 No comments:

Two weeks ago, while running up on Postavarul Mountain, I had a close encounter with a beautiful male specimen. I have seen capercaillies before, but never so close. They usualy dissapear quickly into the forest. This time it was half way up the mountain, near a ski slope, around 9 AM, just before the skiers would invade the place. Unfortunately I did not have a decent photo camera with me. I only had my cheap phone with its crappy camera. But the bird was not scared so I could slowly approach it: step by step... we studied each other. He produced some sounds, I talked to him calmly while moving closer, avoiding to do sudden movements. It is the mating season so I guess he was showing off... This is the best photo I managed to take. At home I tried to squeeze as much as I could from it... I adjusted the levels, colors and cropped it. 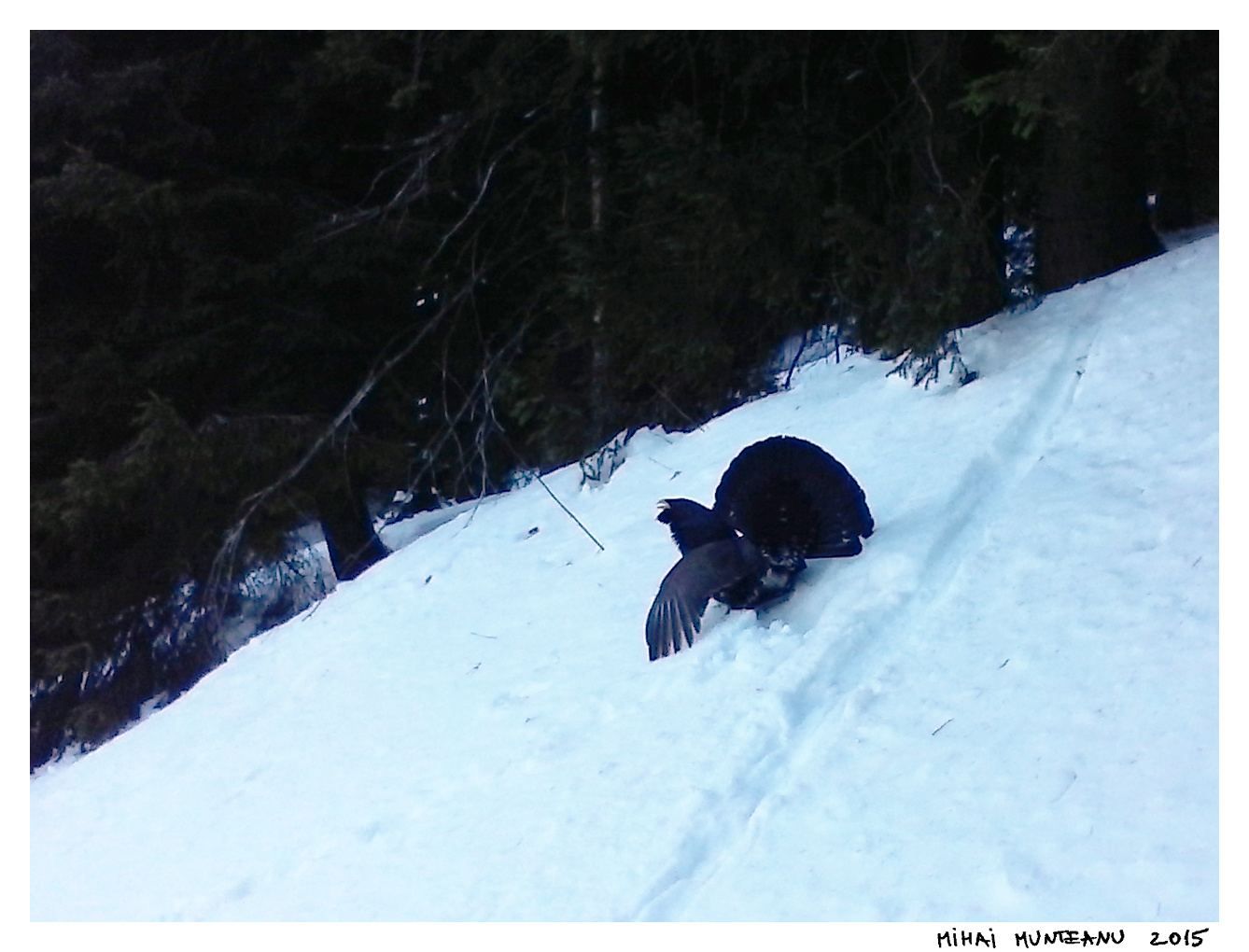 Yesterday I ran again up the Postavarul mountain and passed by the place where I met the capercaillie. I was running as a competitor in the Brasov Maraton mountain trail race. I will post more about this great race day during next days.

Today I went skiing on Postavarul Mountain - one of the last ski days of the season. We stopped for lunch at the Postavarul cottage, up on the mountain. They had one of these birds stuffed on display on a wall...

When I am running alone in the woods I quite often meet wild animals. It is usually deer and sometimes stags. I have never met wild pigs (boars) but I have seen lots of their traces especially on snow during winter. There is one large animal which I do not look forward to meet: the brown bear. So when I am alone I stick to the main trails and I often make noises to signal my presence in the area. I should write in a separate post about my closest and traumatic encounter with a bear...
Posted by Mihai Constantin Munteanu at 19:05 No comments:

It looks like the spring weather is coming late this year. March was quite cool and now April is starting with some fresh snow. Lambs' Snow as we call the snow that falls around the Easter time. As the trees are not yet flowering, there is not much harm caused by the snow.

Around noon I ran on my usual 15 km route up to Poiana Brasov and back. It was snowing very abundantly! Quite a snow storm I would say, especially that at some point I heard a thunder, something quite rare during a snow fall!

This is how I was looking during the run... like Santa... 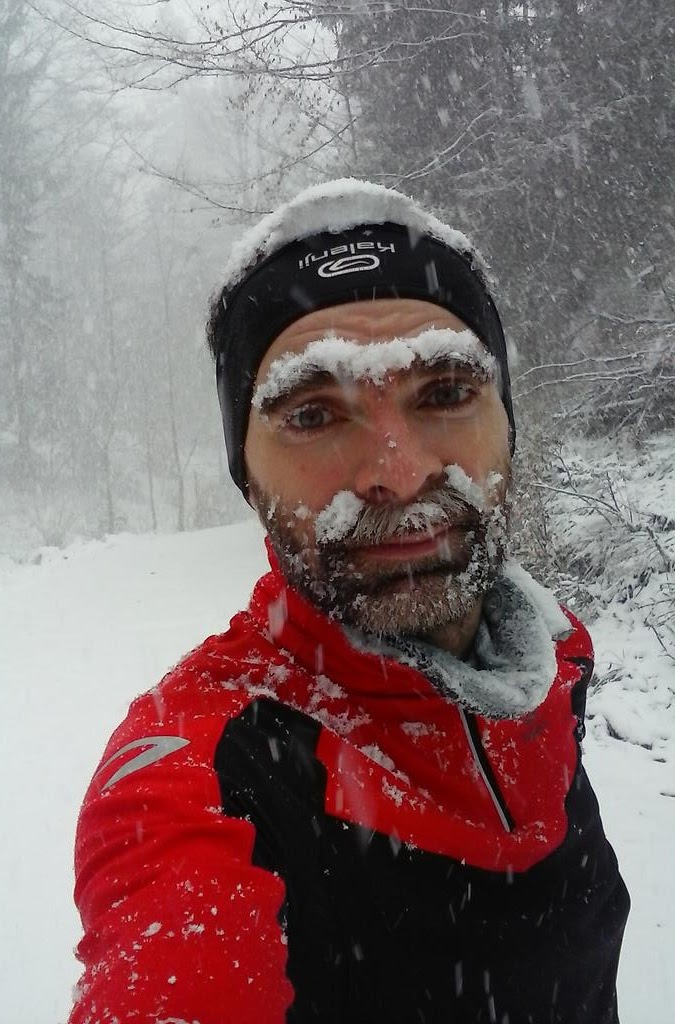 In any case, the run was amazing. It is so great to run on fresh snow when it is just a few centimeters deep!

Tomorrow, is race day in Brasov! The fourth edition of Brasov Half-Marathon, a popular trail running race. The start is just 200m from my home. I participated two times in the past. Last year I took photos. I decided to skip this race again this year... It was an inspired decision. Tomorrow I will hit the ski slopes... As for the race, they will be OK with the snow. There is just a bit of snow to spice the race! The old snow is already gone from the race route.

Later in the afternoon the snow showers stopped and we got some amazing sunshine, perfect for taking photos. 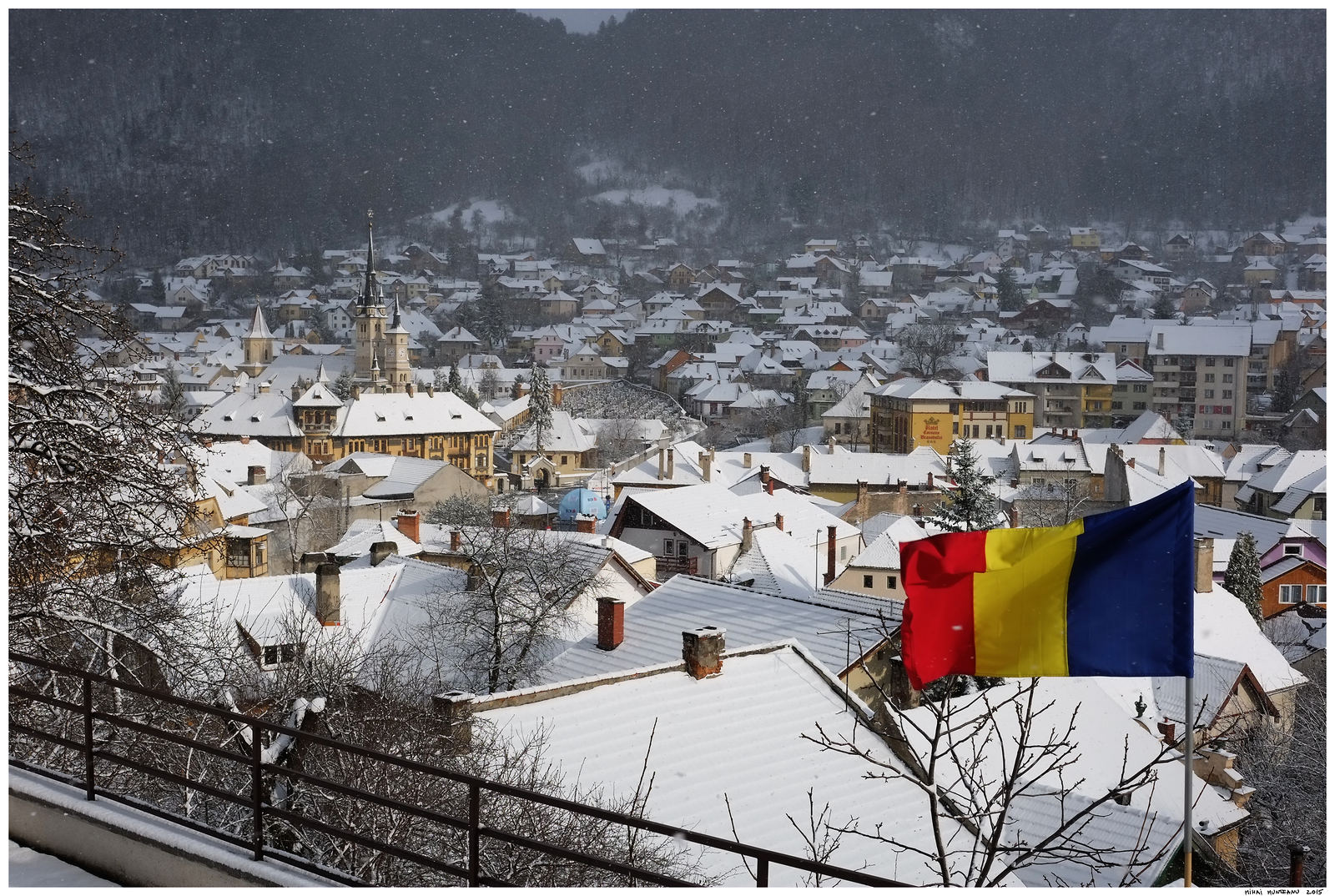 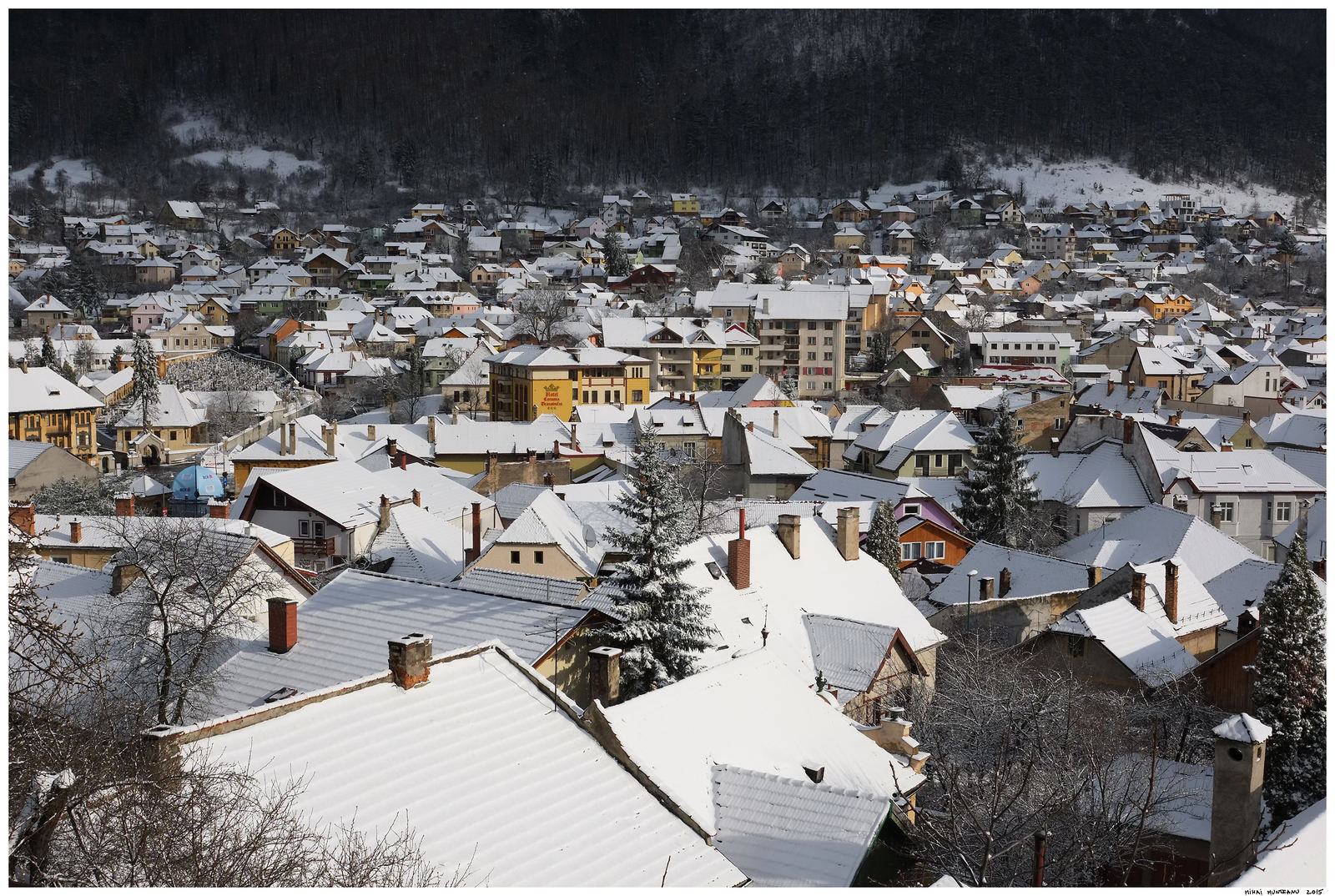 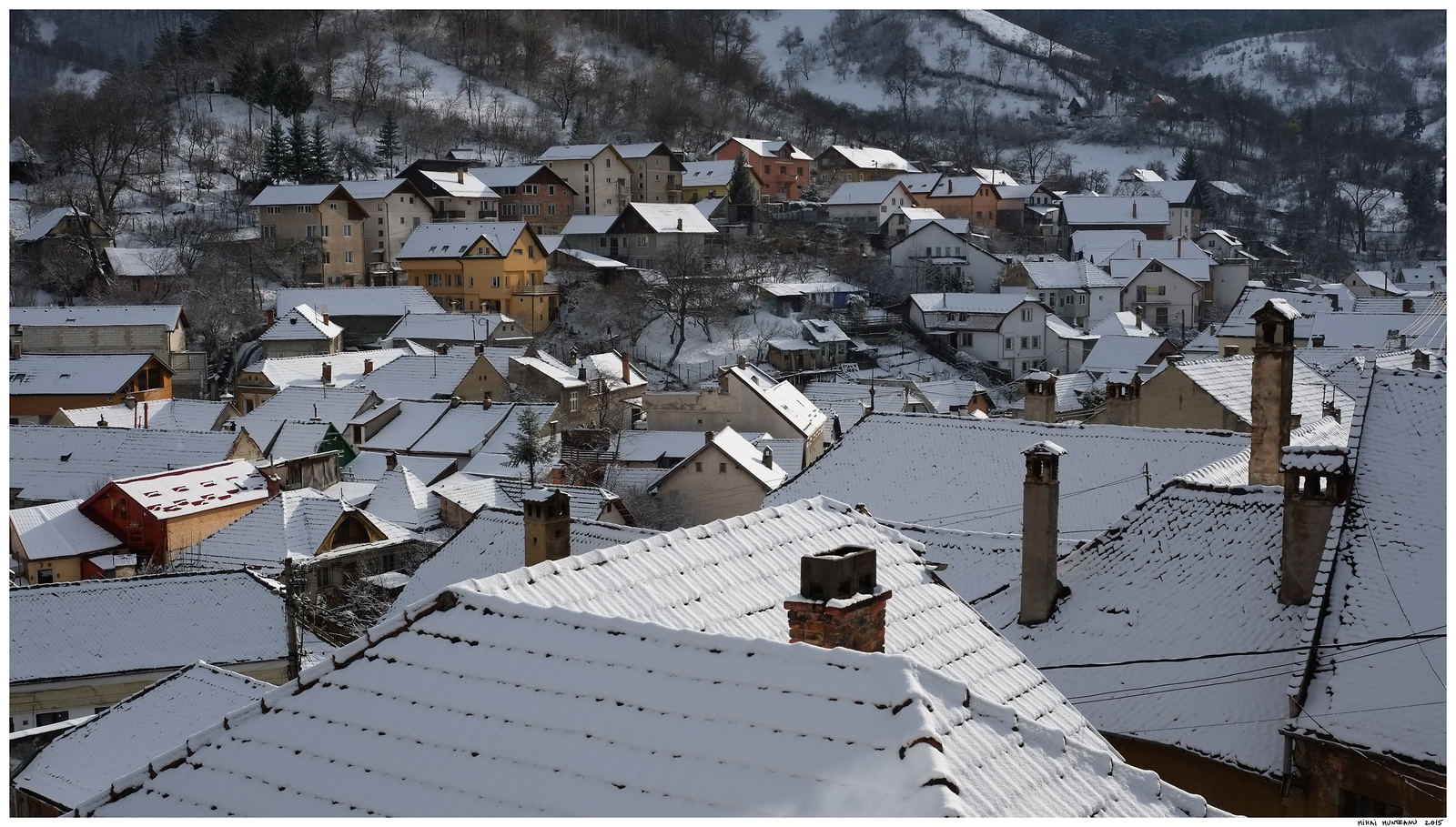 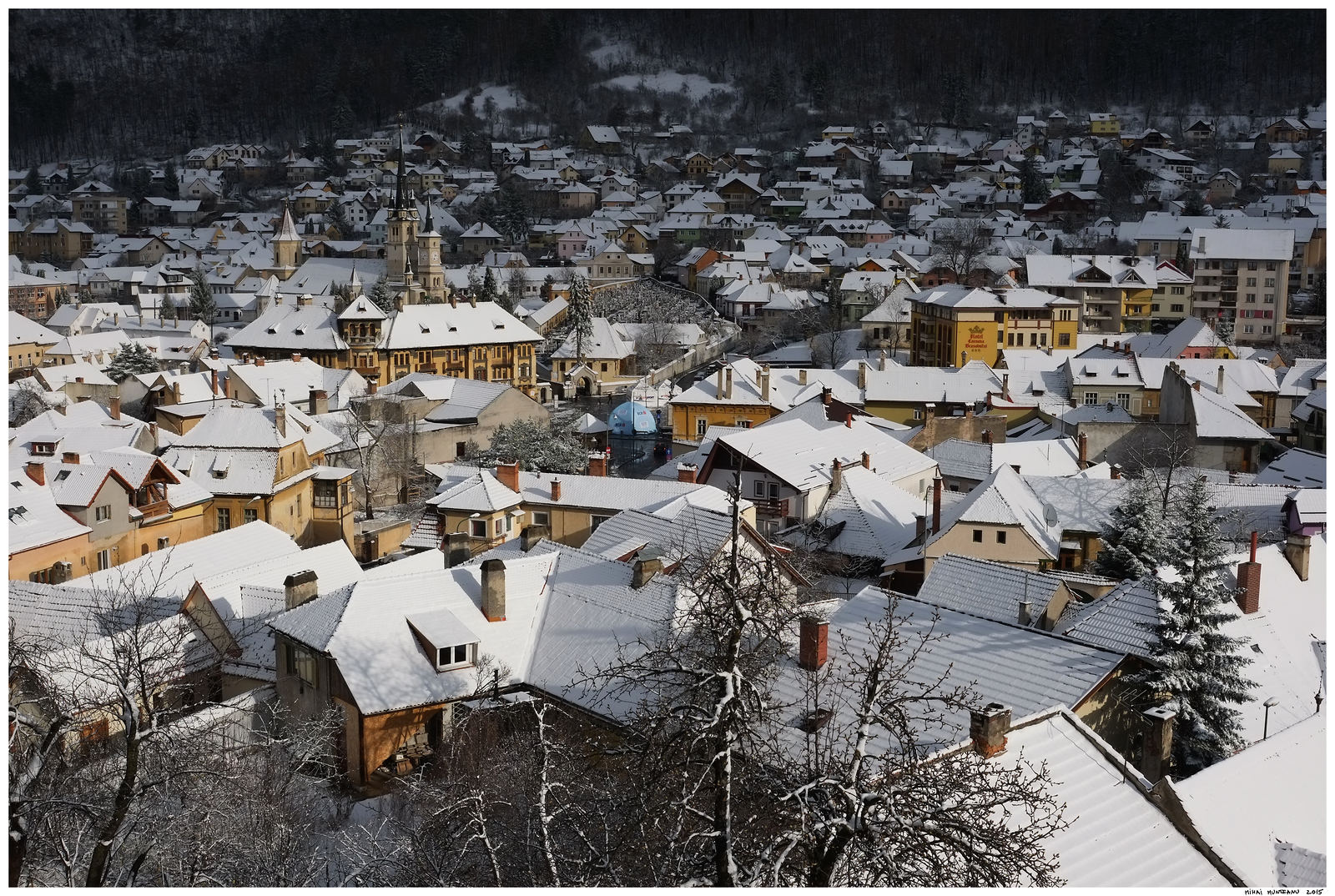 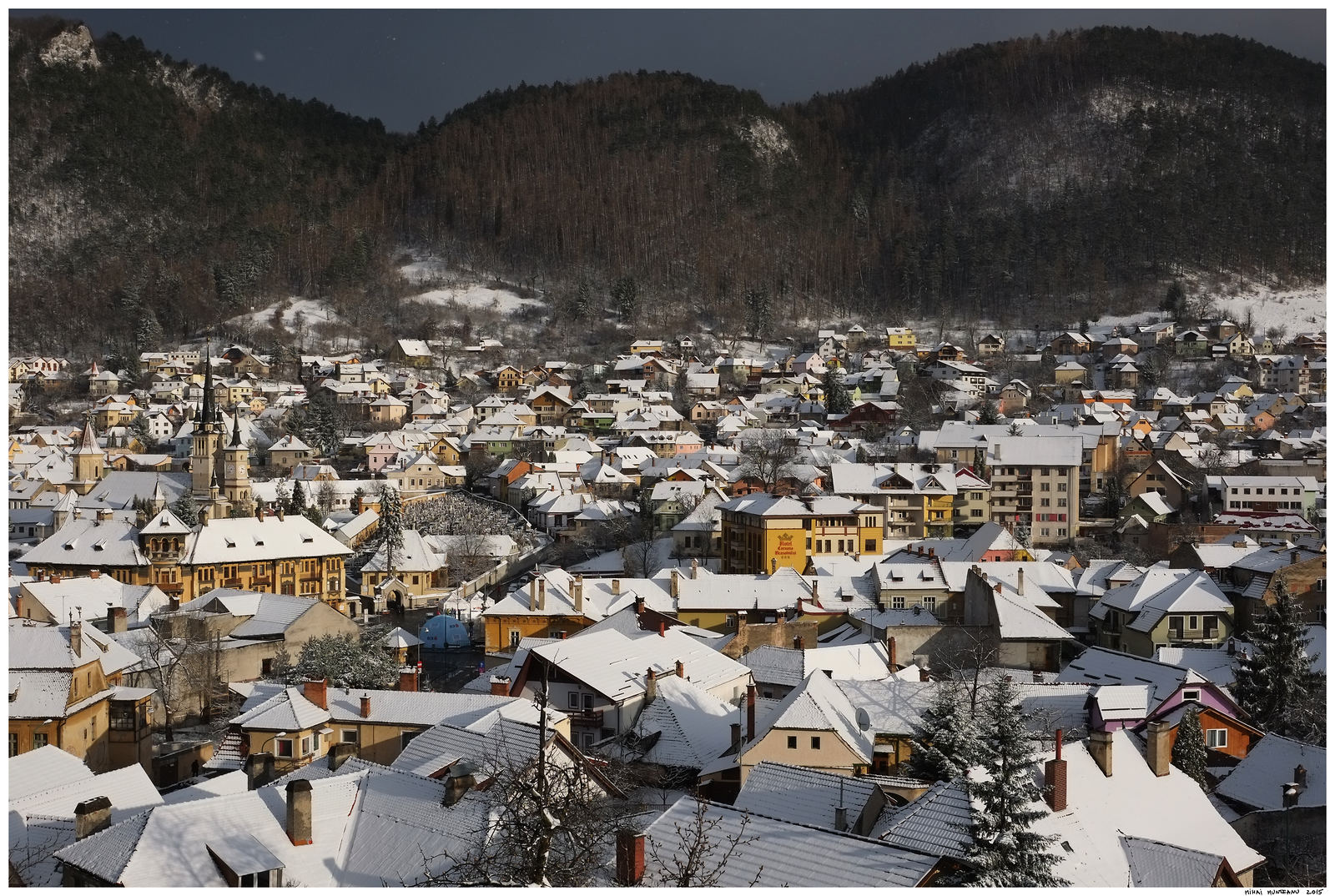 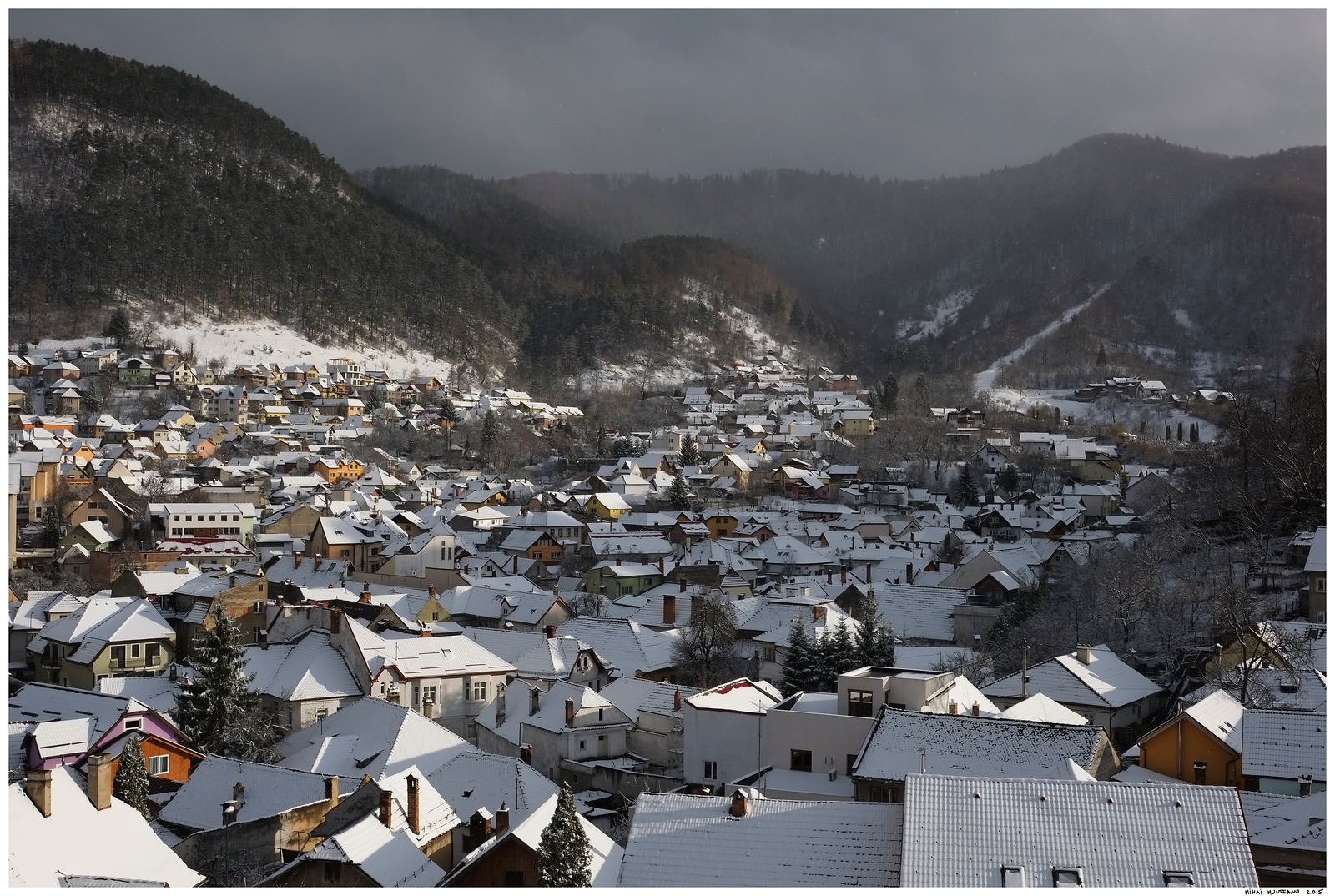 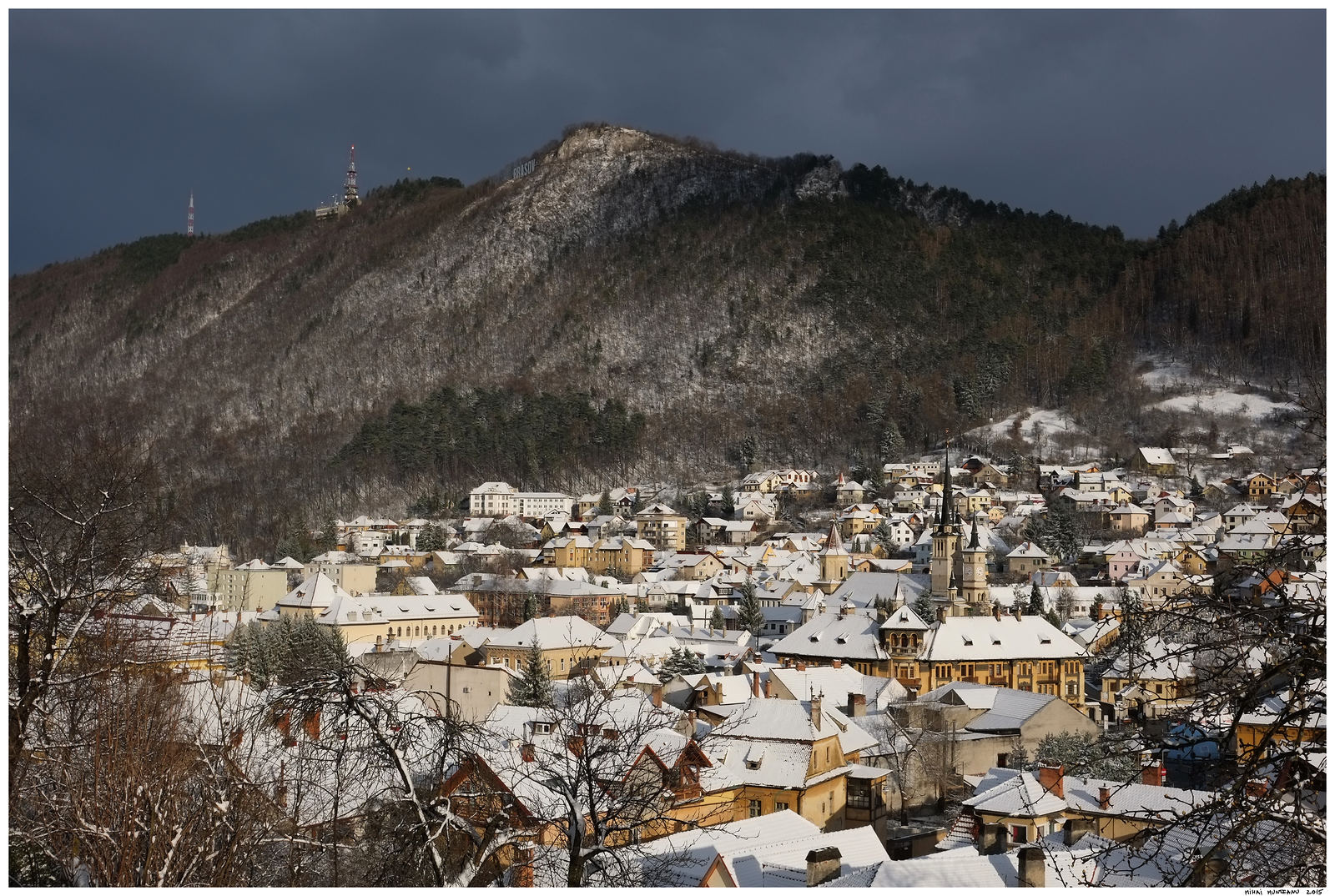 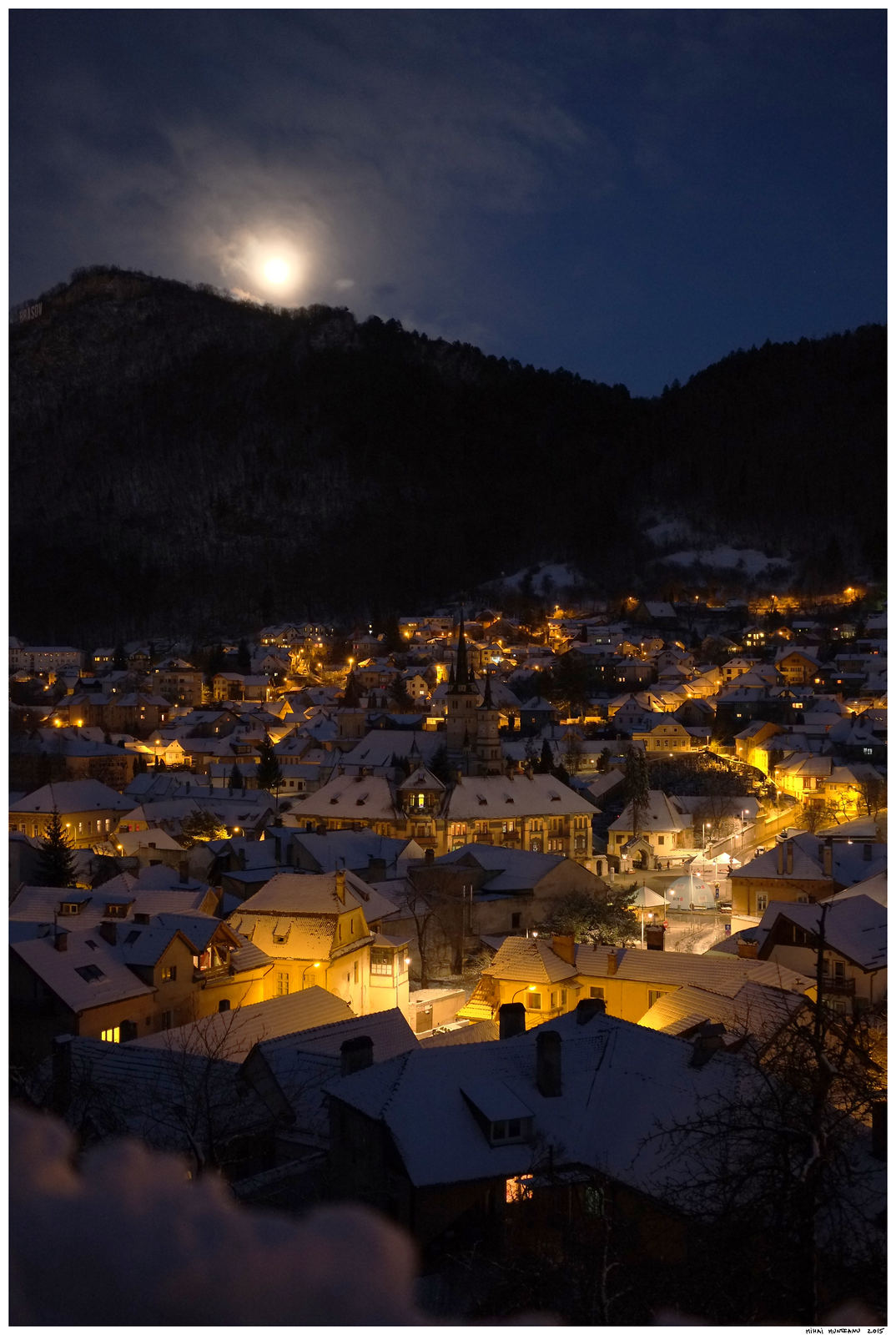 Posted by Mihai Constantin Munteanu at 20:12 No comments: