Ever since I started to be more serious about trail running I was fascinated by how light the running equipment can be. I love the fact that trail running gives me the freedom to move so efficiently and quickly through the mountains. However I cannot say the same about my winter favorite sport: alpine skiing. It feels like from year to year the alpine skiing equipment gets heavier and heavier. Well, we also have ski touring equipment which tends to get lighter every new season, but it is still quite complex... ski boots, special bindings, skins. And my problem is that the touring ski boots are not quite suitable for walking.

What I want to do is to leave home and get on foot to Postavarul Mt. top, then ski back... On the most direct route, from home to top, it is just a bit over 10km, with 1200m elevation gain. In summer I can reach the top in under 2 hours (my record is 1h36min). Of course, in winter it takes longer, but the descent on skis is faster and more enjoyable...

With the warmer winters we have in the last decades, it is quite common that there is no enough snow to start on touring skis from the city. So if I want to do the whole round trip on foot, I have to carry the ski-boots in a backpack... but I hate backpacks. I would also fix the skis on the backpack, and the resulting weight to carry on my back is about 8-10kg... Not very comfortable.

Last years I was skiing mostly on short skis (a.k.a. snow-blades or ski-blades). They are easier and lighter to carry, but still I have to carry my boots. It is also a lot of fun to ski on ski-blades.
As I am a good skier I was wondering if I could ski in normal mountain boots. In fact when I started skiing I did it with leather boots... Then I remembered that I saw somewhere that snowboard bindings would work in short skis...

Time to experiment! I had a pair of ageing ski-blades just right for the experiment. I went and bought a pair of cheap but very decent snowboard bindings. I needed to add a riser, to lift each wide snow-board binding so it would not touch the snow on steep slopes. I made the risers myself from two pieces of oak wood that I had lying around in my garage. So here is the result: 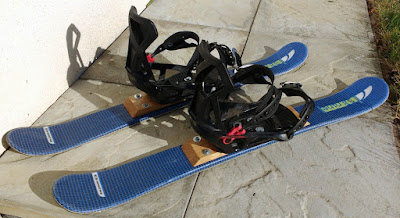 I already used it tree times. What a joy! I can leave home in my boots without any backpack. I carry the ski-blades on my shoulder, using a strap ans that is all! I can quickly get to the top; no boots changing required, no skin removing from the skis on the top. On the top I just have to tighten my boot laces and put the skis on.

Skiing down is a lot of fun. Skiing in normal mountain boots forces me to be more careful and thoughtful about each move I make and about the route. It feels like in the old days! I ski slower.. so the pleasure of the descent takes longer! And what a feeling of accomplishment when I reach the base!
As I am an experienced skier, I find it quite easy to ski with this setup. The groomed ski slopes make it even easier. I would strongly do NOT recommend such a setup for a beginner skier and also not for off-piste skiing!

Skiing in boots on ski-blades gives me such a liberating feeling! I also think of my grandmother. In her time they did the same: walked up the mountain on boots carrying the skis on their shoulder, and then downhill on skis.

Here are the photos I took during such a ski tip I did yesterday morning. Not the best photo quality as I took them with my phone. 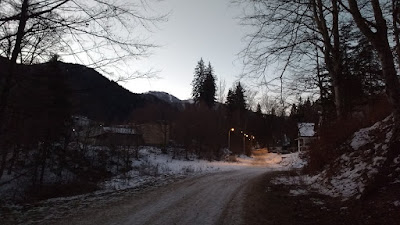 On the way to Poiana Brasov ski resort. I started early in the morning  so I would reach the top of the mountain before 9AM when the cable installations start bringing skiers up to the slopes. It was dark when I left home at 6:30 and I had to use a head-light for the first two kilometers through the forest. You can see that there is not enough snow for skis on the forest road. 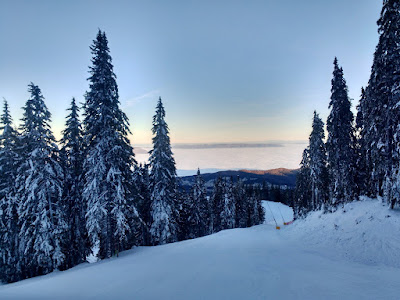 Close the the top. I can see the Brasov Depression covered in fog. Up here the sky is cristal clear, and the snow just perfect for skiing! 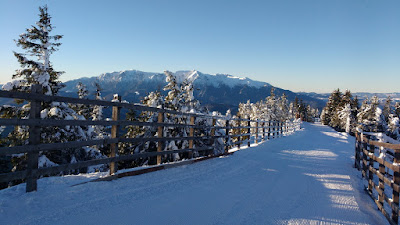 On Postavarul Summit at almost 1800m altitude. What a view! And what a ski slope! It is just 9 AM, time to start the descent before the other skiers start to crowd the slopes... Almost 800m of elevation down on 3 km of perfectly groomed slopes await me! 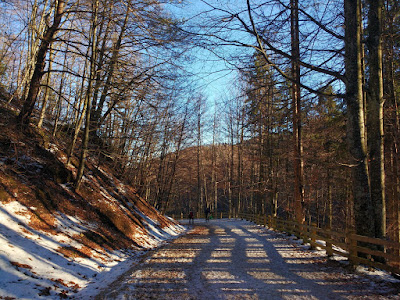 Walking back to Brasov on the on Poiana Road. There is no snow for skiing down... Hopefully we will soon have more snow also on lower altitudes.

Posted by Mihai Constantin Munteanu at 18:00 No comments:

What a difference few days make!

These two photos are taken in the same place, just few days apart. But the order might not be what you think...

On Tuesday this week I made my way across the forests on the hills above Brasov through knee deep fresh snow... The winter lasted two more days... Today I went again on the same route. After a few warm and rainy days there was hardly any snow patch left... 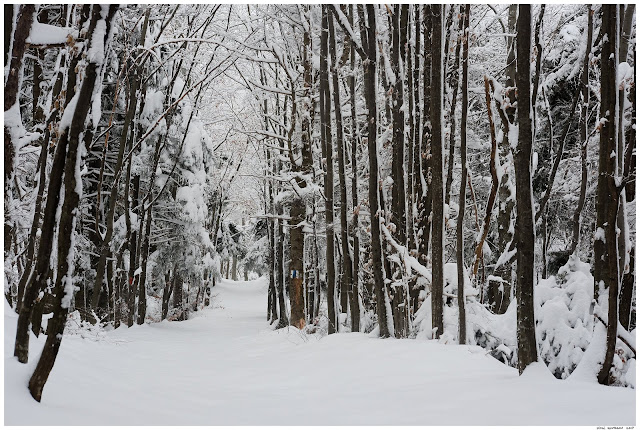 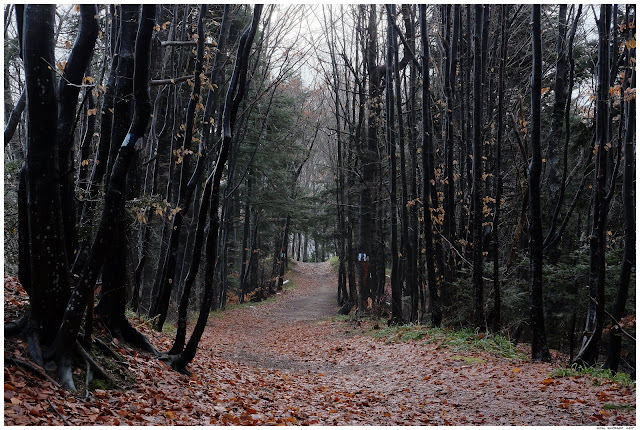 Posted by Mihai Constantin Munteanu at 18:34 No comments: