A Roller-Coaster Run around Brasov

Several people have asked me what is the Roller-Coaster, that I mention in my Running Log page. It is my city running route for the winter evenings when it gets dark early so I cannot run in the forest and on the mountains as I do in summer after a working day.

I think that this route resembles a roller-coaster as it goes up and down on the steep hills around the historical city center of Brasov. It is a beautiful route, passing by many of the Brasov landmarks and offering great views towards the old city center. The route tries to avoid the busy roads staying higher on the hills. All the route is lit by street lights, making it suitable for night running, but it is a good idea to have a head-lamp as some sections are not so well lit.

I always start the route from Prund, the center of the old and picturesque Schei district of Brasov, very close to my home. The place is officially known as Piata Unirii (Union Square). The route measures just 10km in length and accumulates a respectable 310m of elevation gain. I can complete it in just under an hour of relatively relaxed pace running.

You can see much of the route overlaid on the photo below. I took this photo two weeks ago from the top of Tampa Mountain. 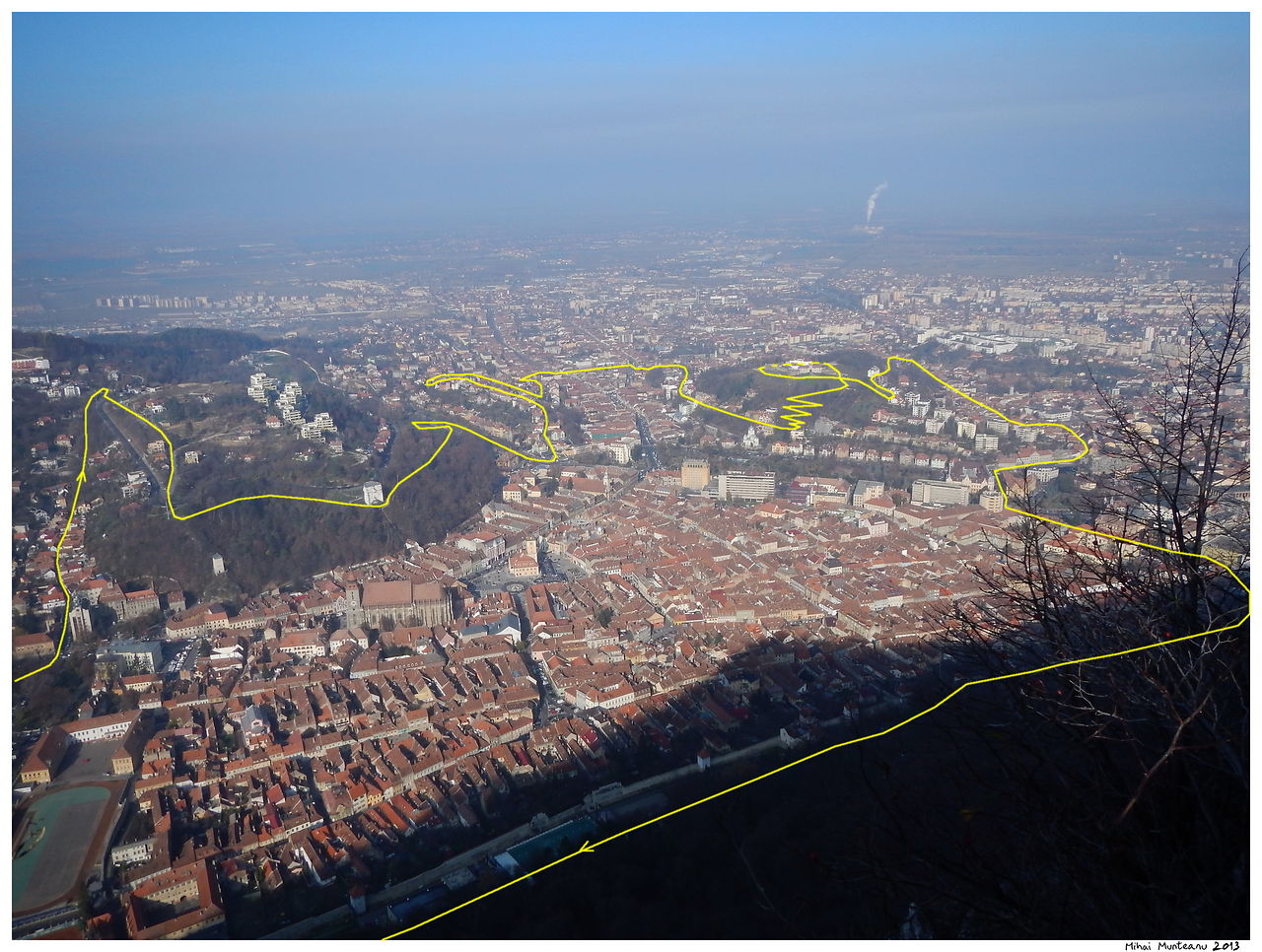 Here is a short description of the route illustrated with photos taken along the route over the last years.
The Route starts in Piata Unirii (Unirii Square), a good place to start a run on the hills around Brasov: 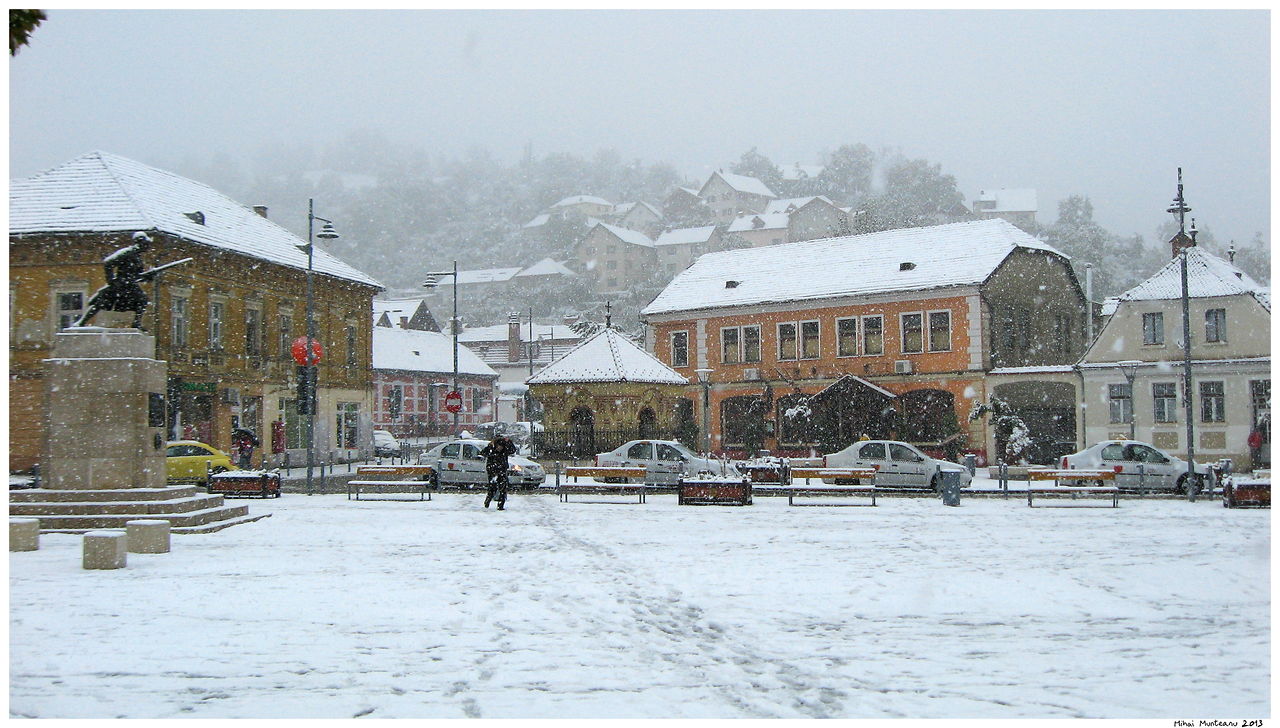 The east side of the square is dominated by the old Romanian Orthodox Cathedral, Sf Nicolae: 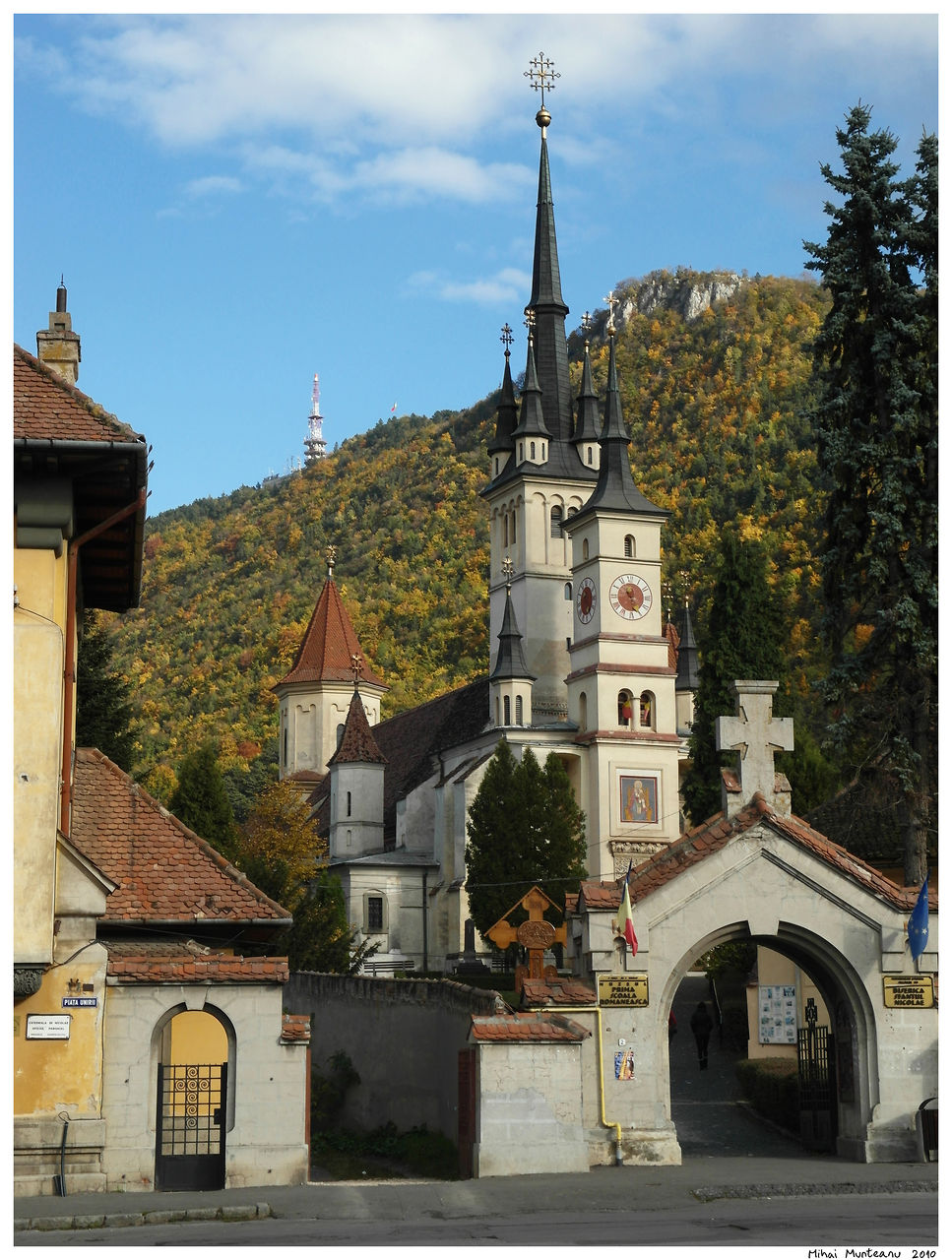 The route follows then Bailor street; a quiet street that also has a bicycle lane, something not very common in Brasov, especially in the crowded old city: 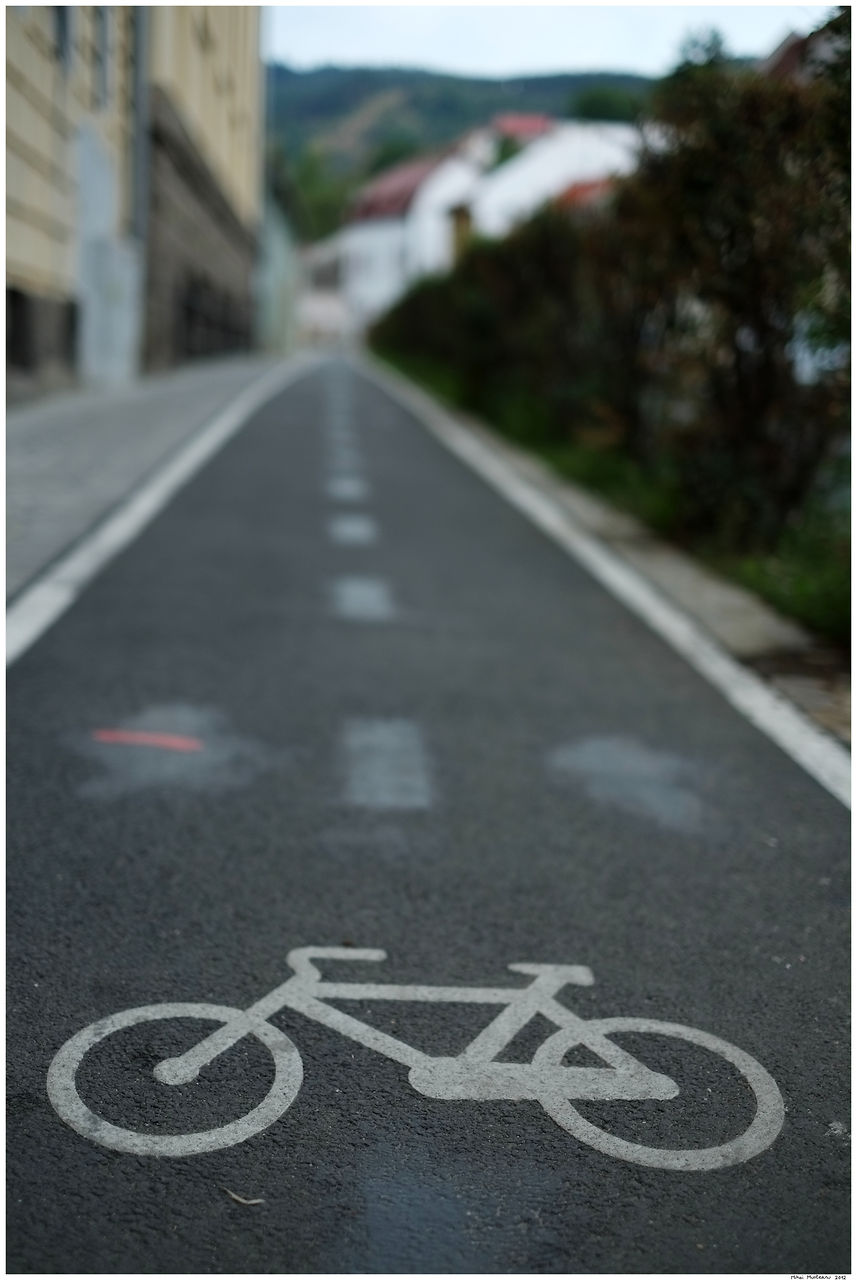 At the end of Bailor street the route passes by Andrei Saguna National College, one of the oldest Romanian colleges in Transylvania: 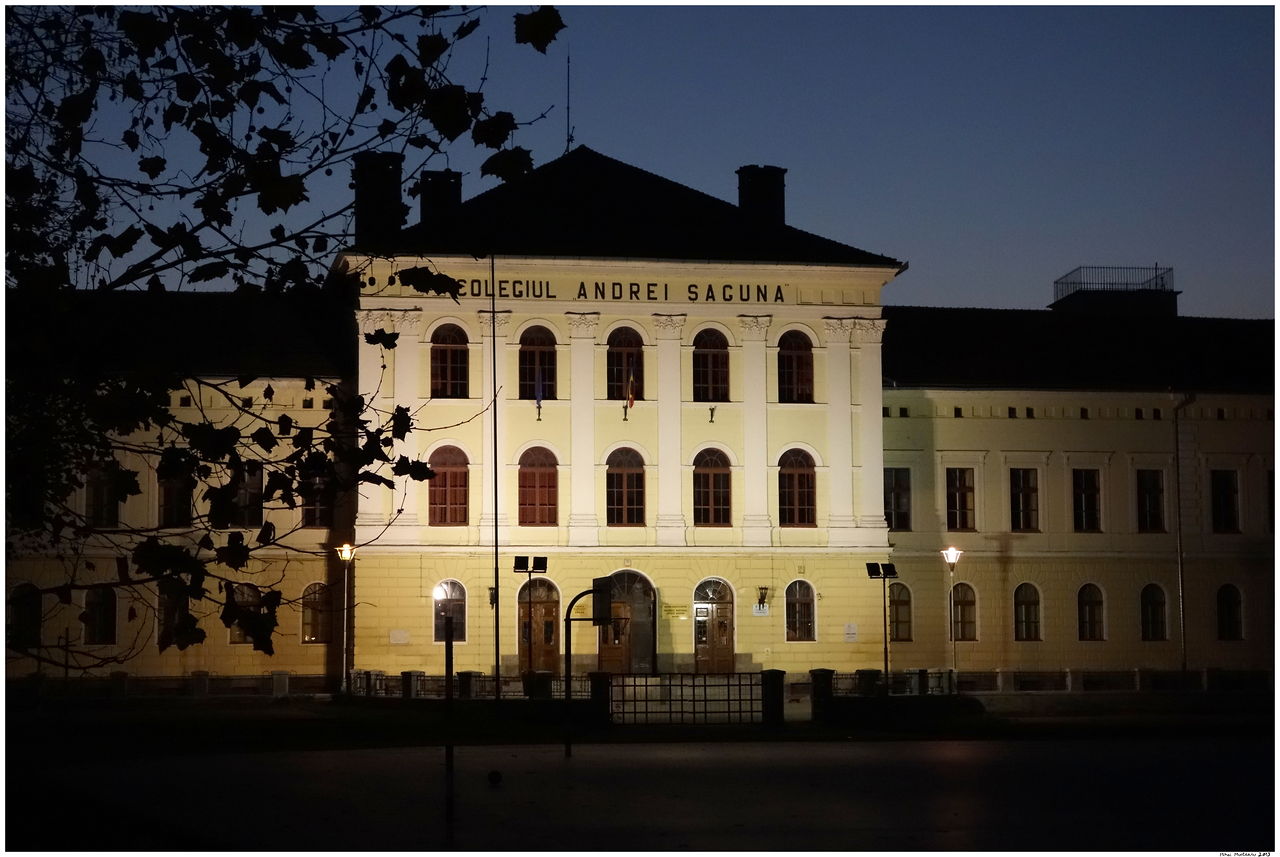 From here, the route passes through a small but beautiful park, guarded by very old trees: 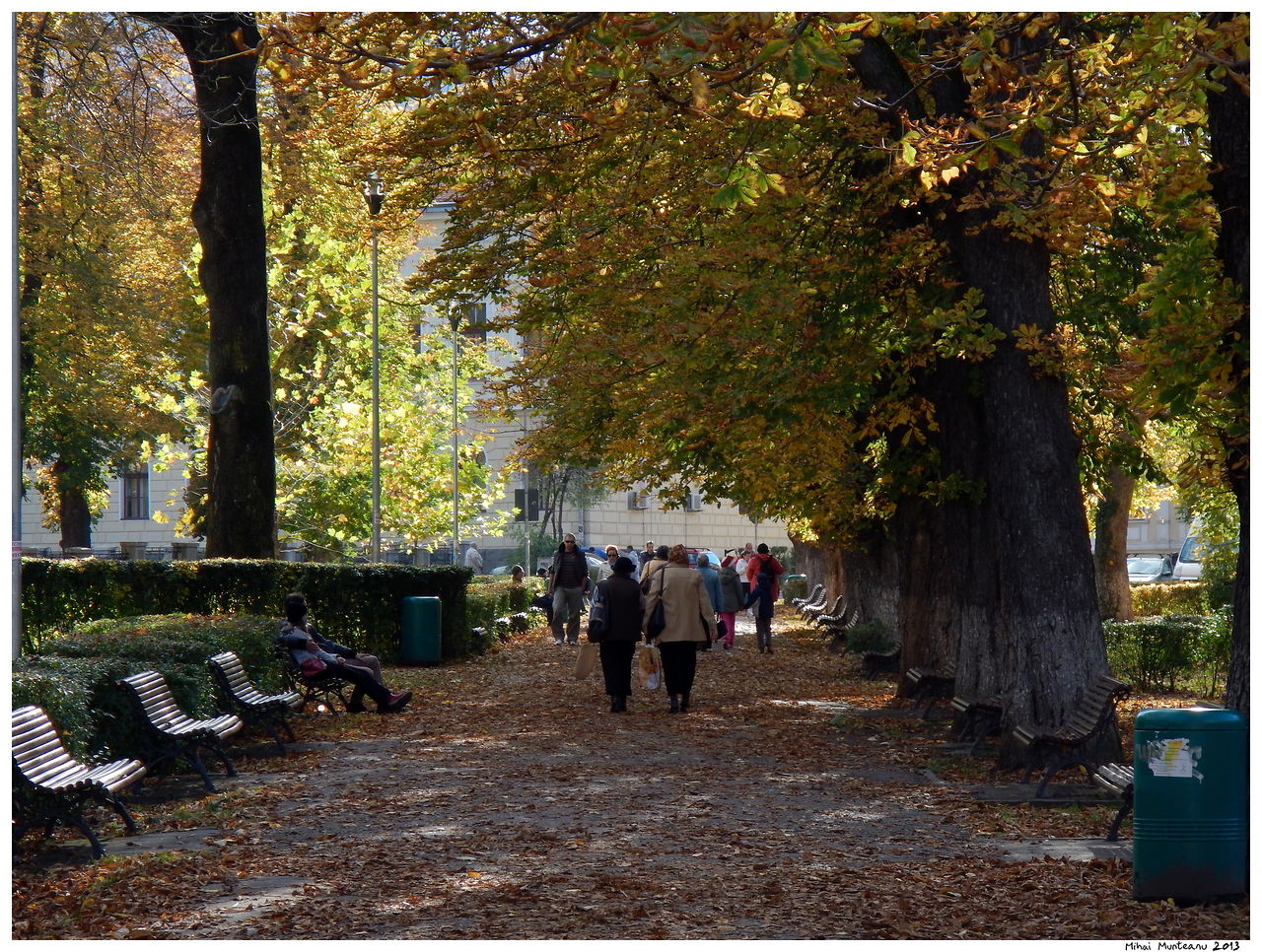 At the other end of the park, across the street the Faculty of Forestry building: 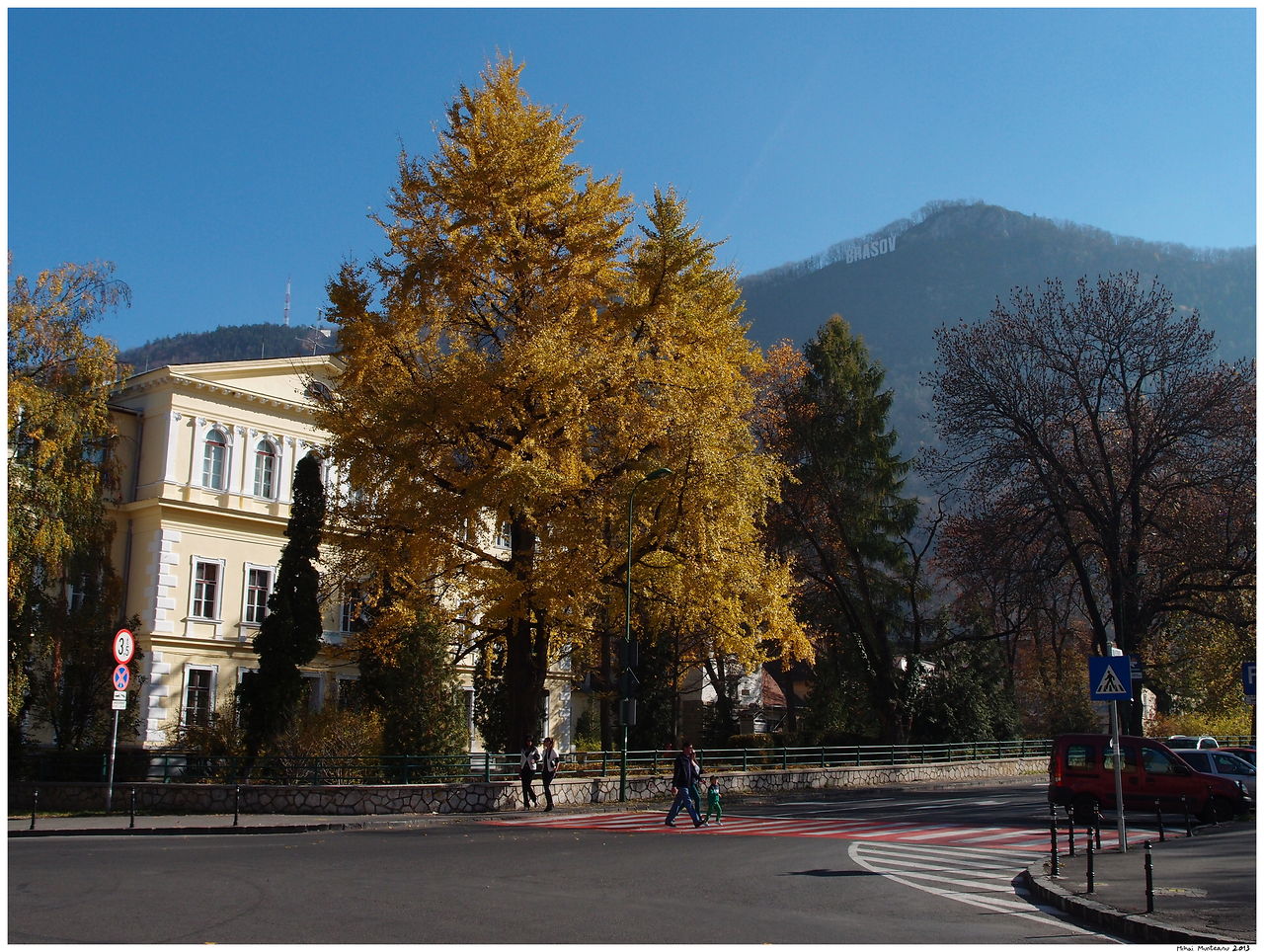 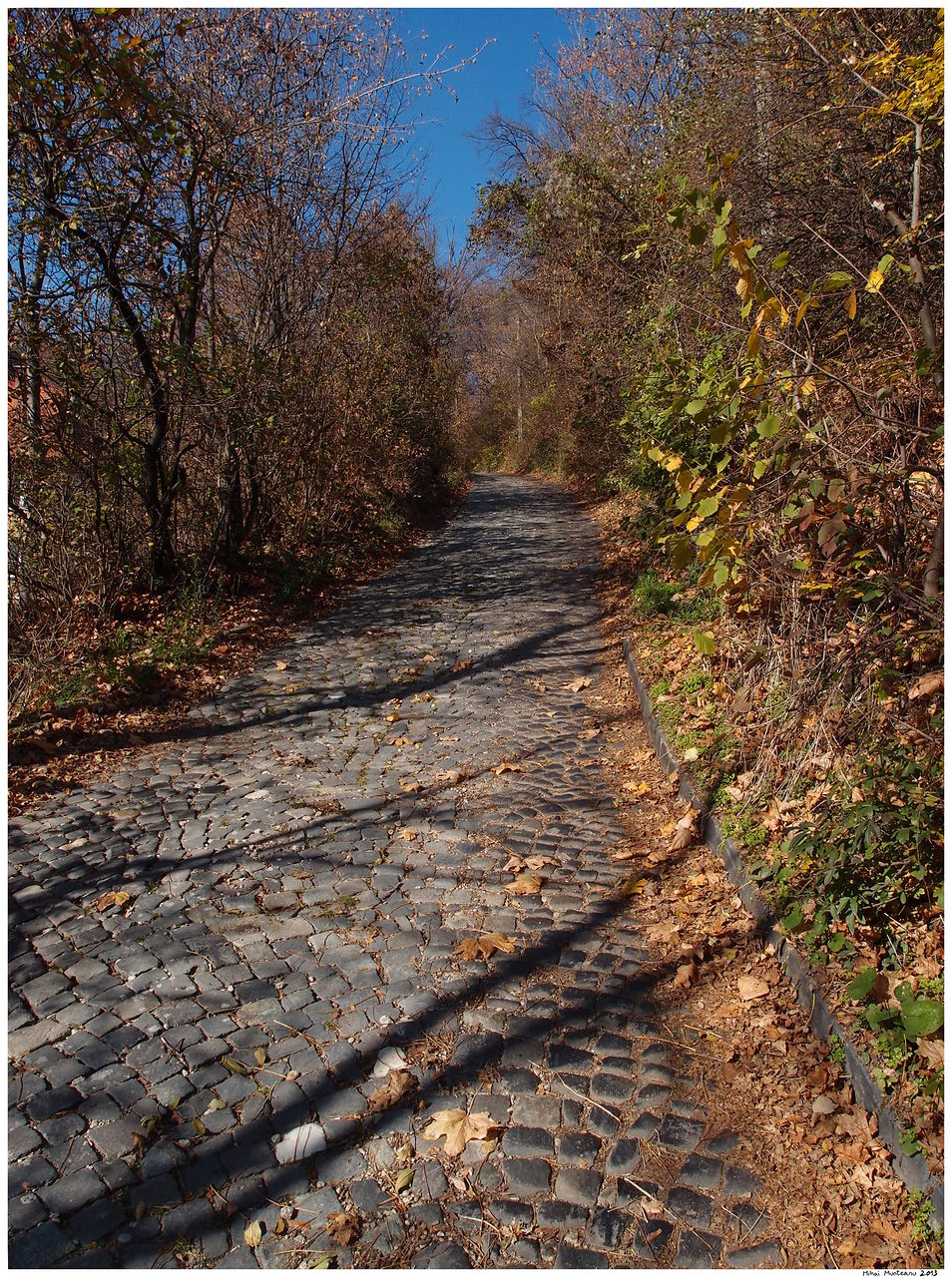 The route follows Cibinului Street until almost the top of Warthe Hill. It then turns back to the city, crossing the main road to Poiana Brasov ski resort and descending on Stejarisului Street. Soon the Route reaches a beautiful panorama point. To the South-west the view opens towards the beautiful Schei District: 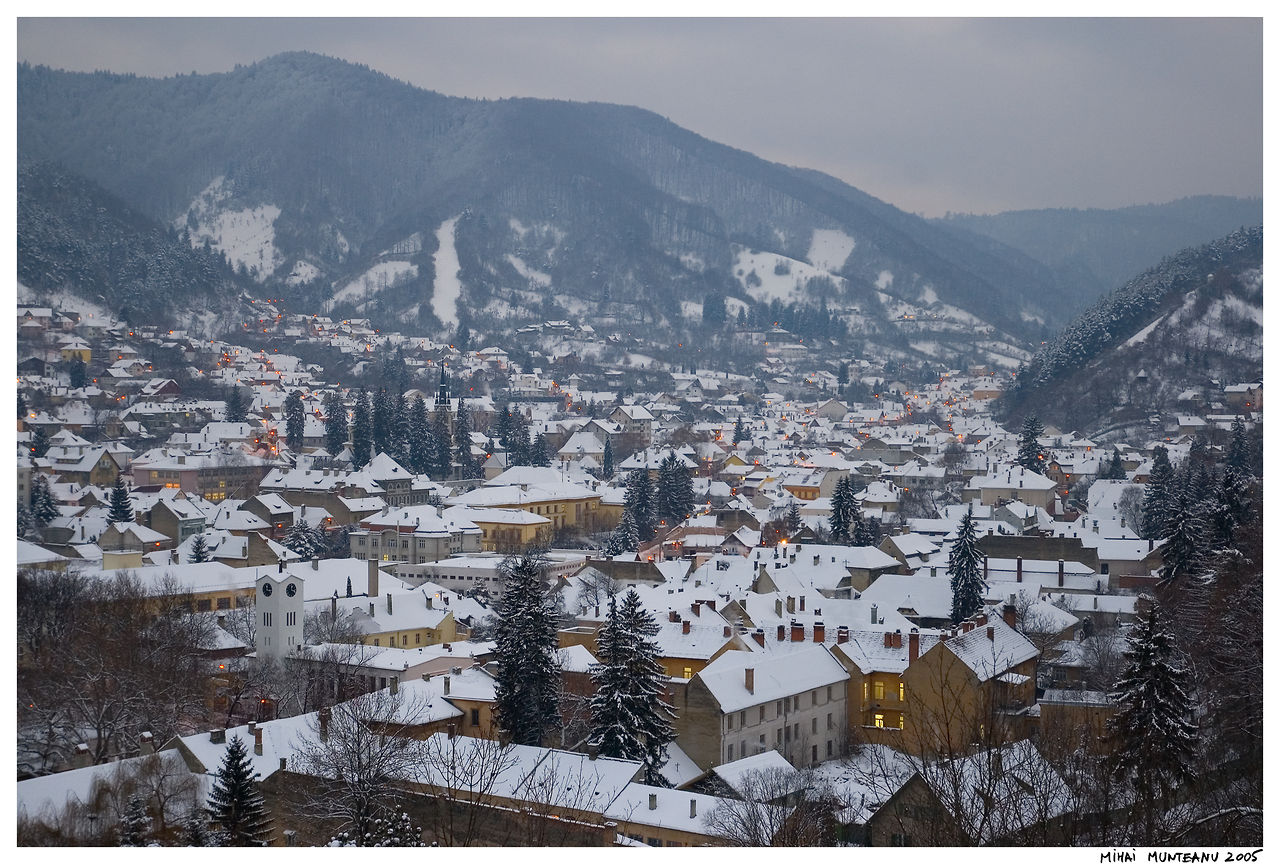 To the south, the old walled city, at the bottom of the mighty Tampa Mountain:

A winter view towards the old city, dominated by the famous Black Church: 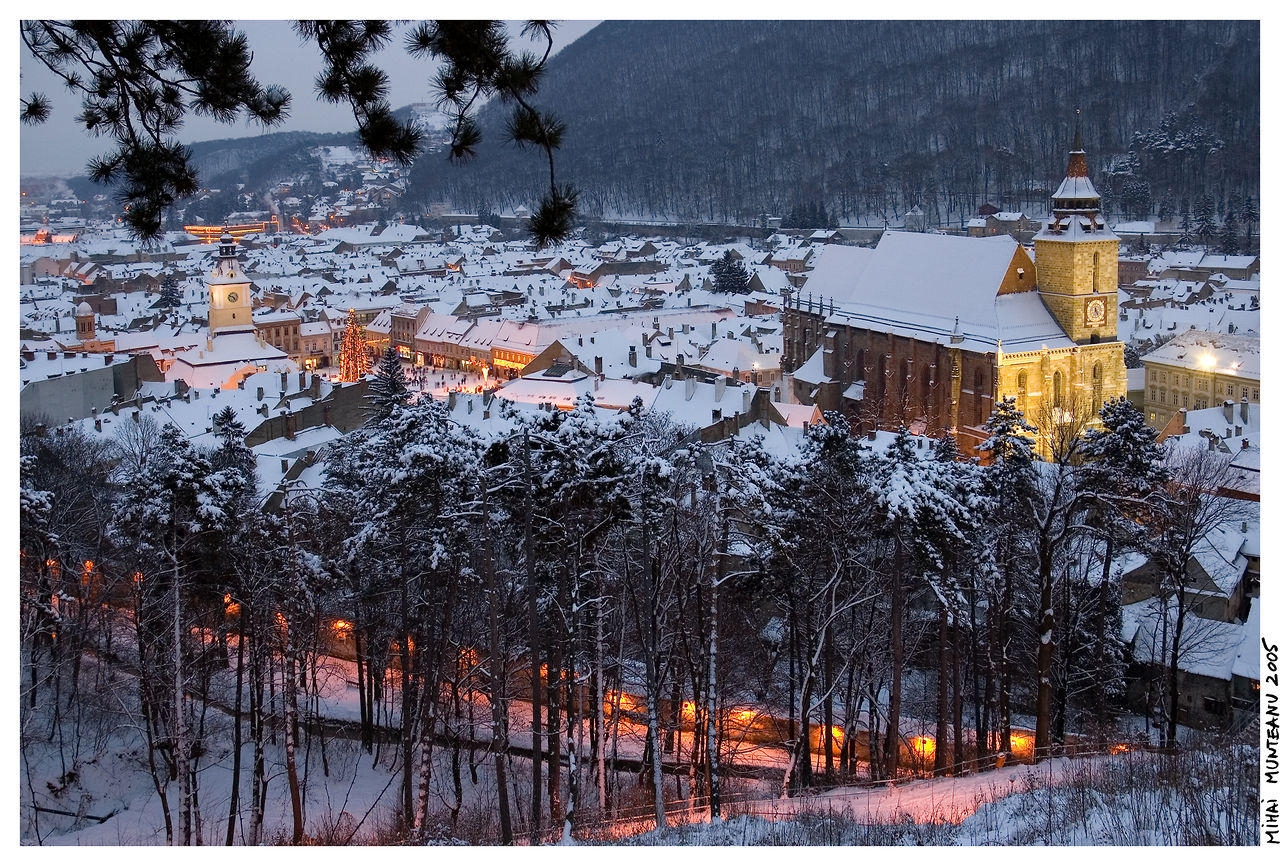 The route then follows some nice paths through the forest, just above the old city: 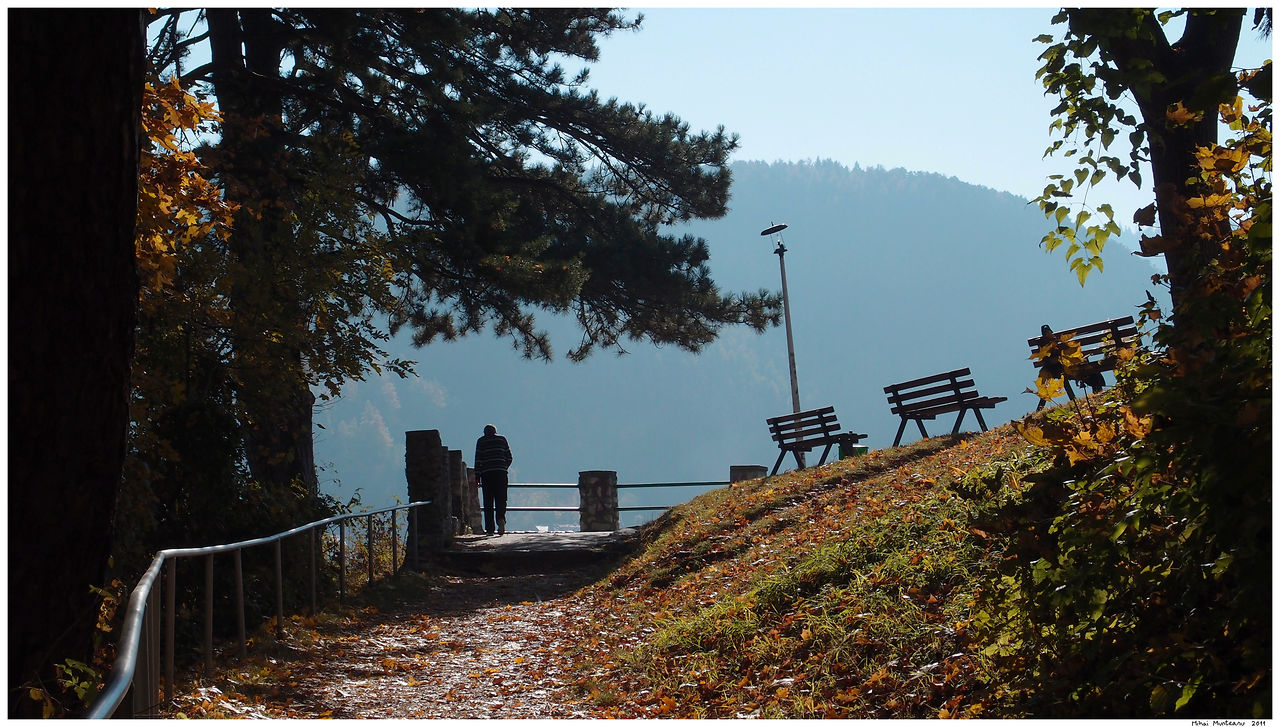 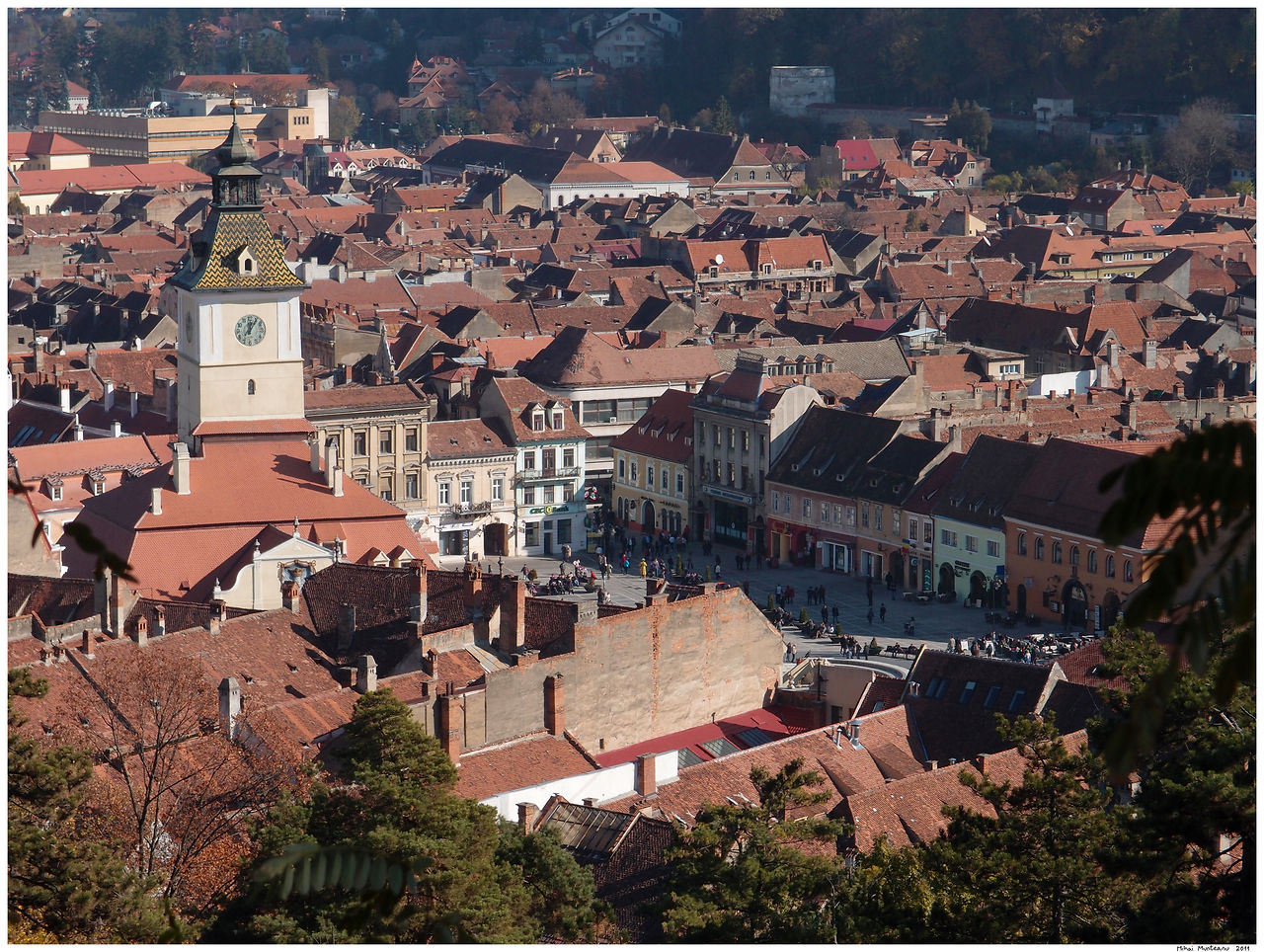 The route continues along the beautiful path: 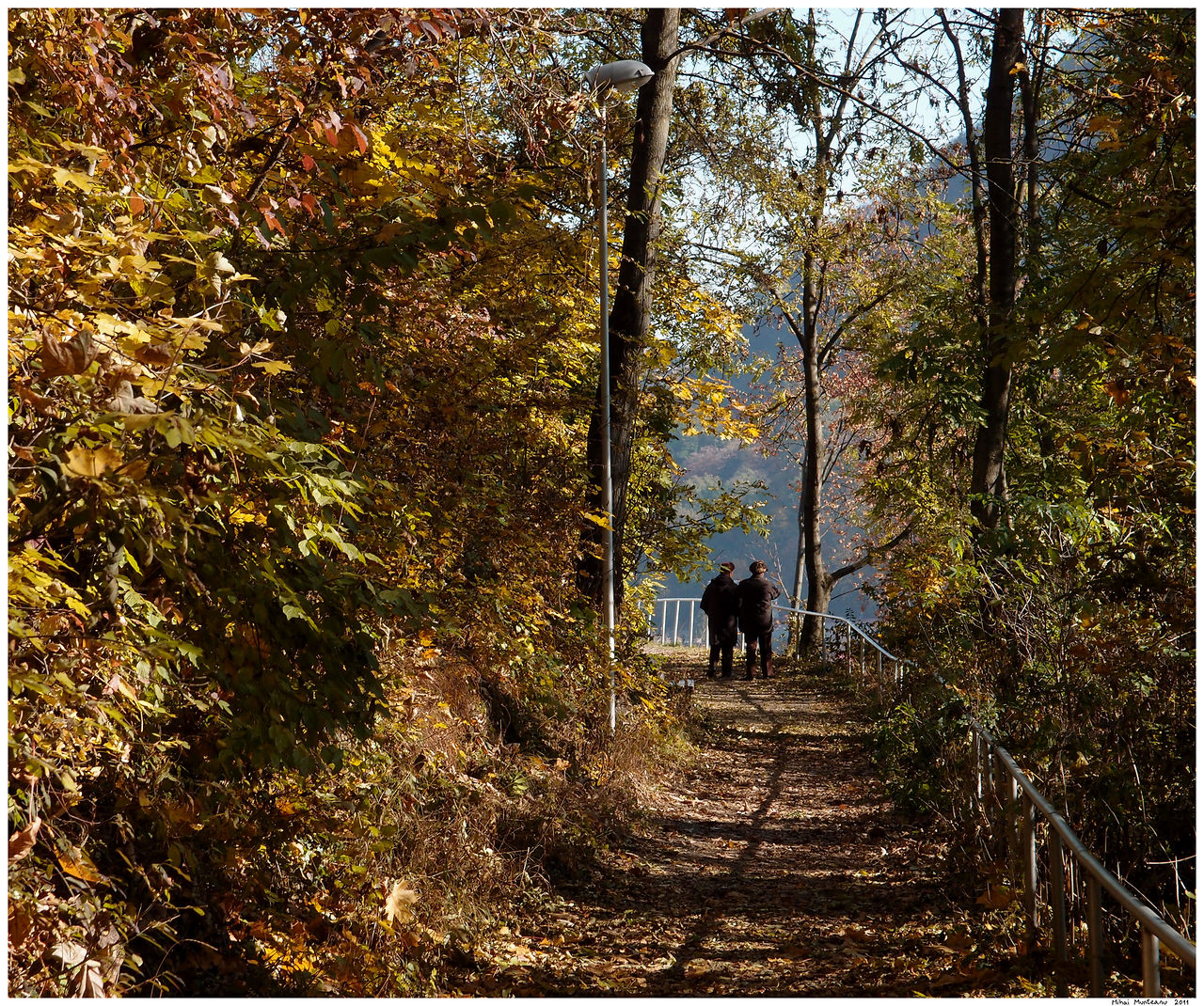 It then passes by the old White Tower: 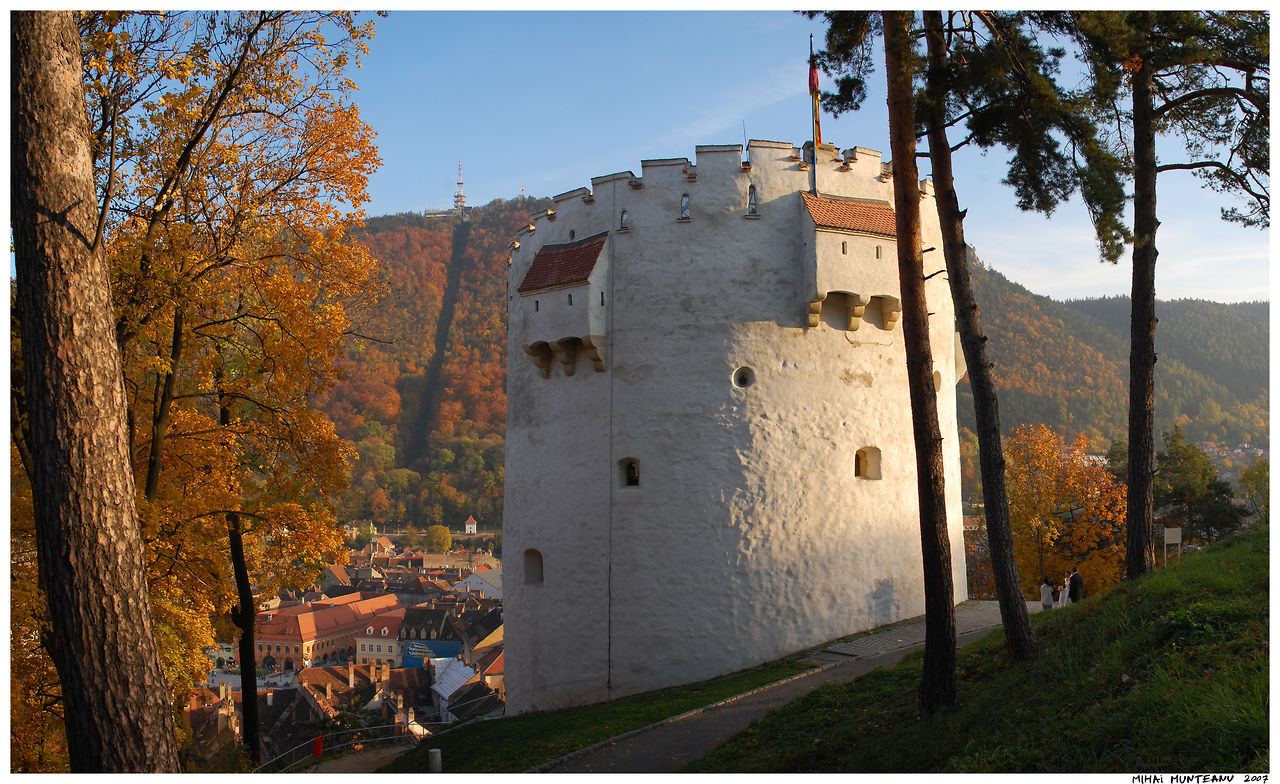 The trail gets out of the forest at Livada Postei park:

From here the route descends until Livada Postei, the starting point of the 12km road to Poiana Brasov ski resort. From here the route goes uphill again, along St.O Iosif Street, which is probably the steepest street in the whole Brasov! The slope is around 20%: 40 meters of altitude are gained in just 200meters. Then downhill again, on Fagetului Street, reaching the lowest point of the route, where we cross the busy Lunga and De Mijloc streets. Then again uphill on the Cetatuia (Fortress) Hill till the Fortress on the top. Here the route makes a loop around the old medieval Fortress: 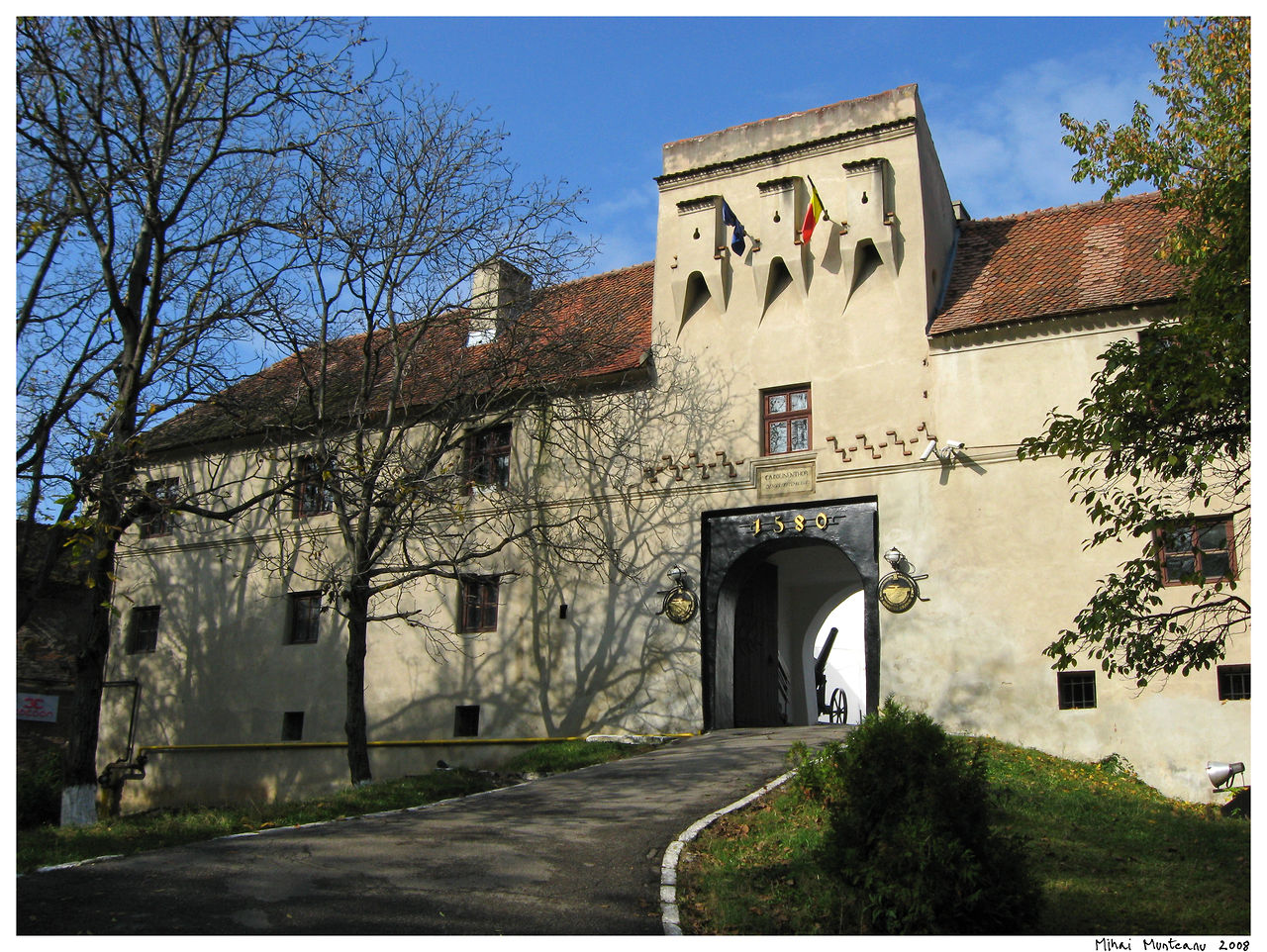 The Fortress Hill offers us a beautiful 360 degrees panorama of the city and the surroundings. Here is the view to the north-west, with the round wooded shape of Magura Codlei Mouintain in the background. In the valley, the busy Lunga Street, that the route crossed earlier. 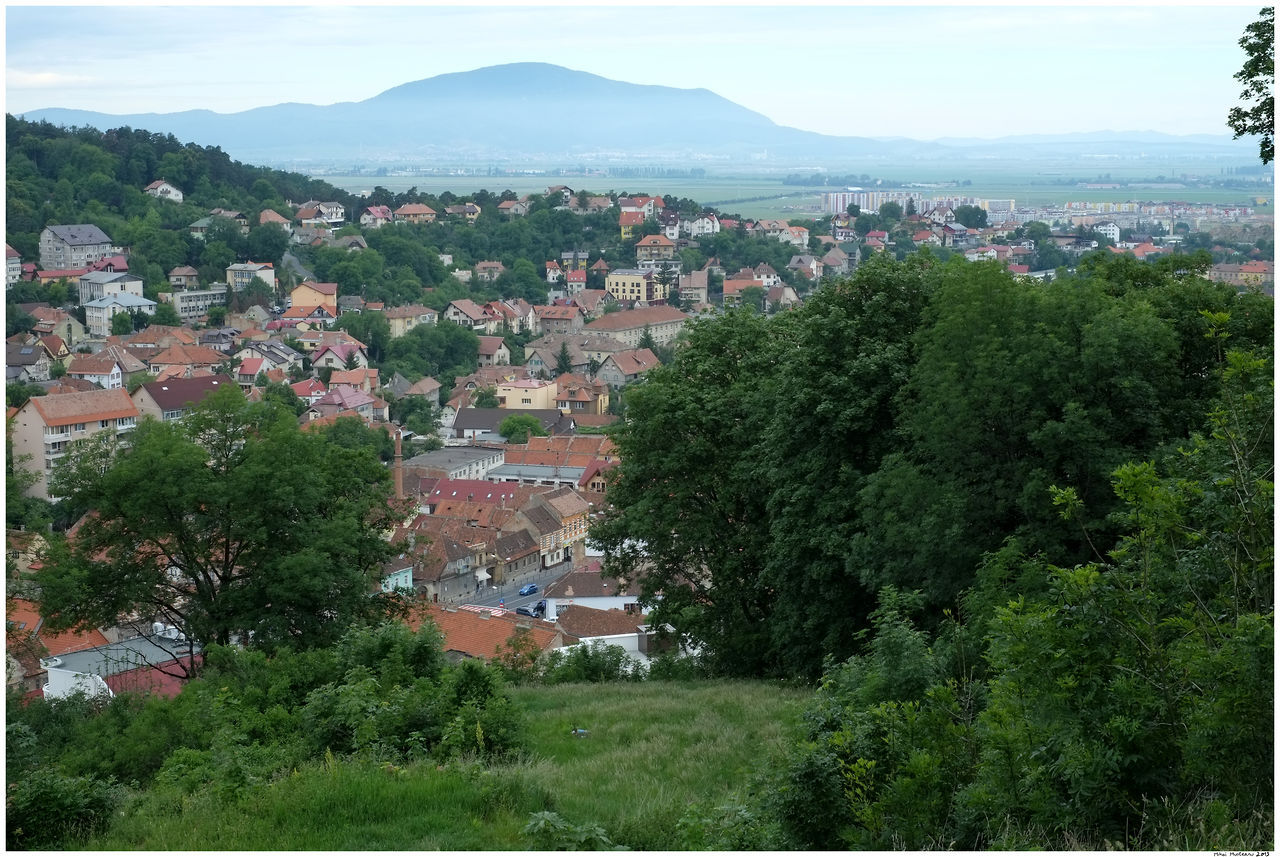 To the south we can admire the old city, nestled between the wooded hills, and in the distance the peak of Postavaru Peak, which is the highest point of Brasov (1799m): 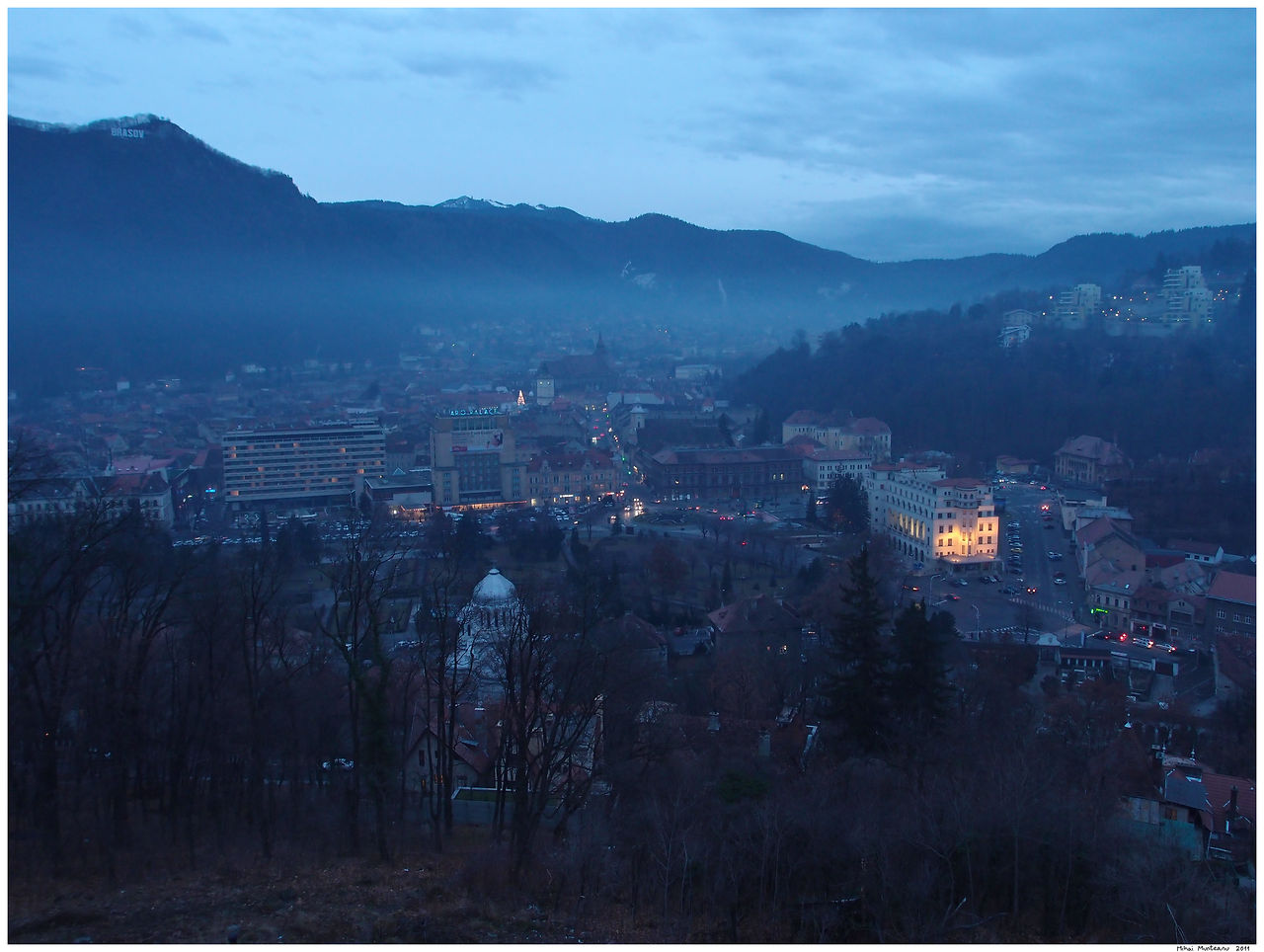 A view of the old city from the Fortress Hill: 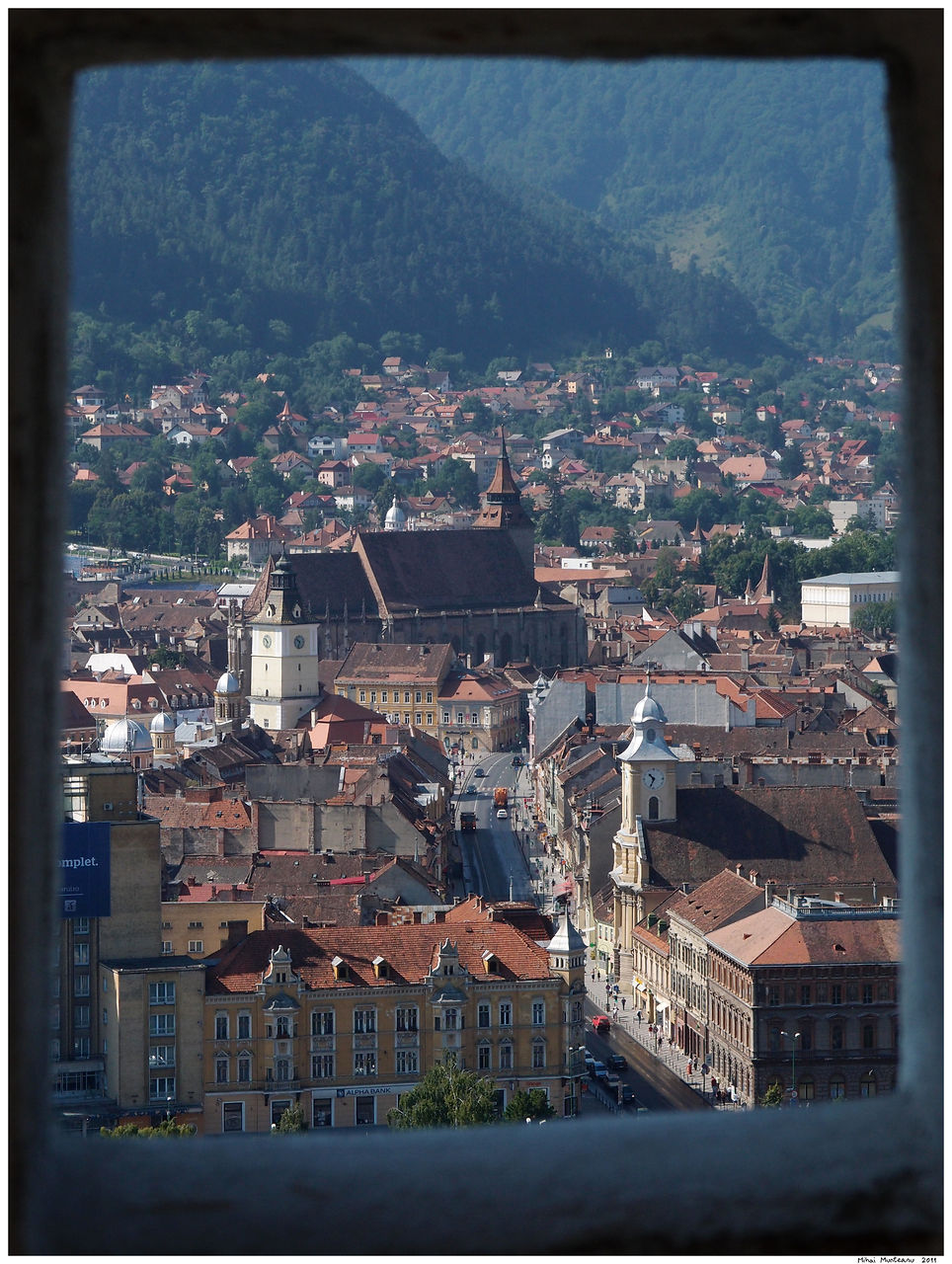 From the Fortress the route descends on a winding road back to the city center. We pass by the main Post Office, City Hall and the Prefecture Building: 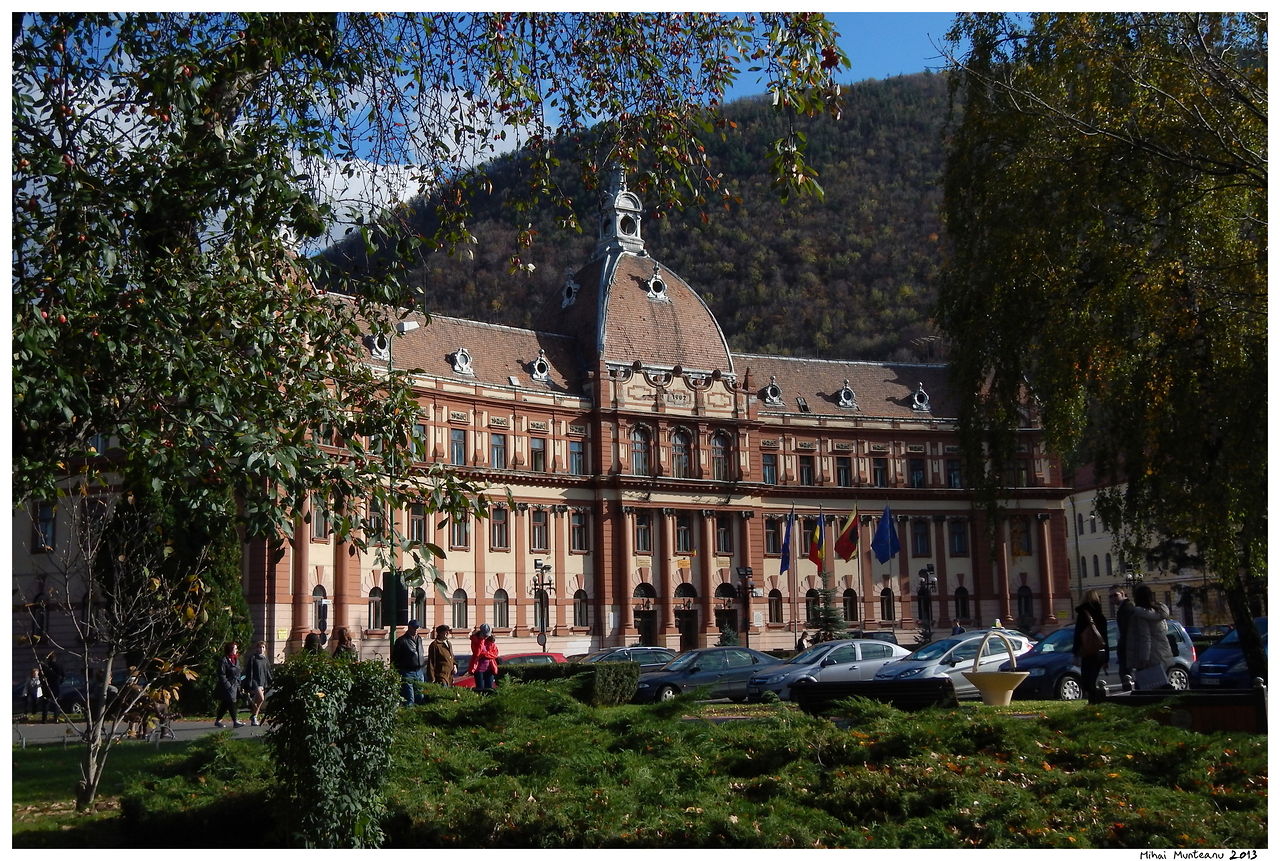 Then it starts yet another ascent, this time towards the long alley that follows the old walls of the city on the bottom of Tampa Mountain: 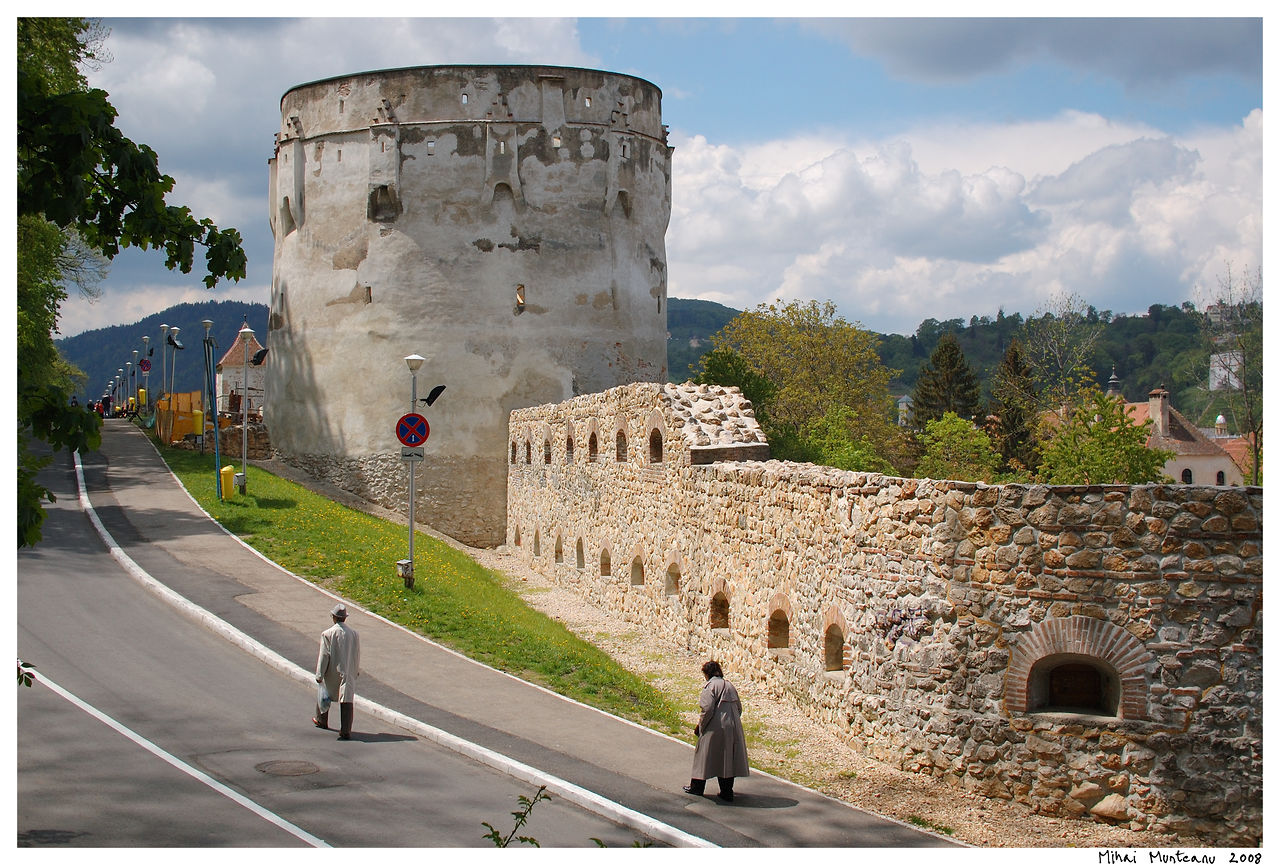 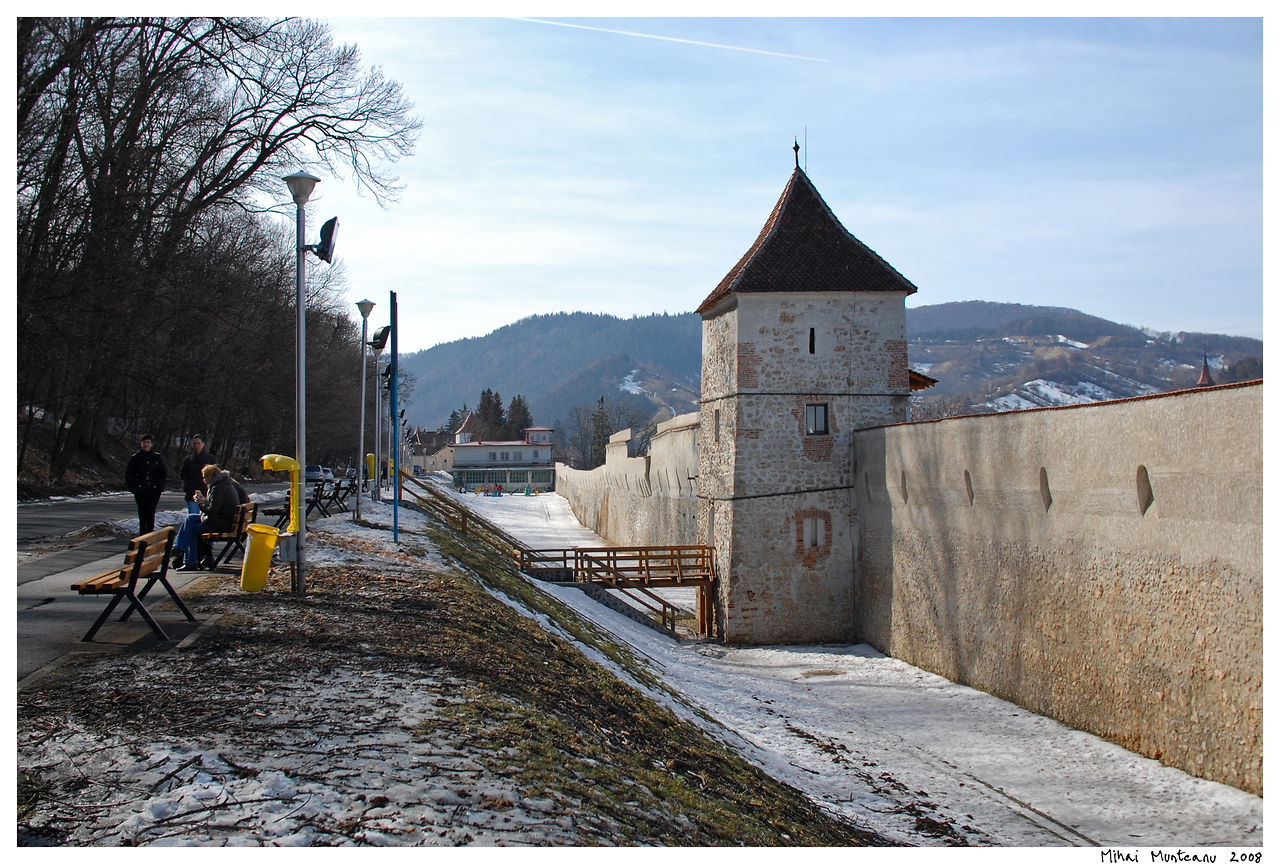 From here we have again beautiful views towards the old city center:

In the distance, the city is guarded by the  Fortress Hill: 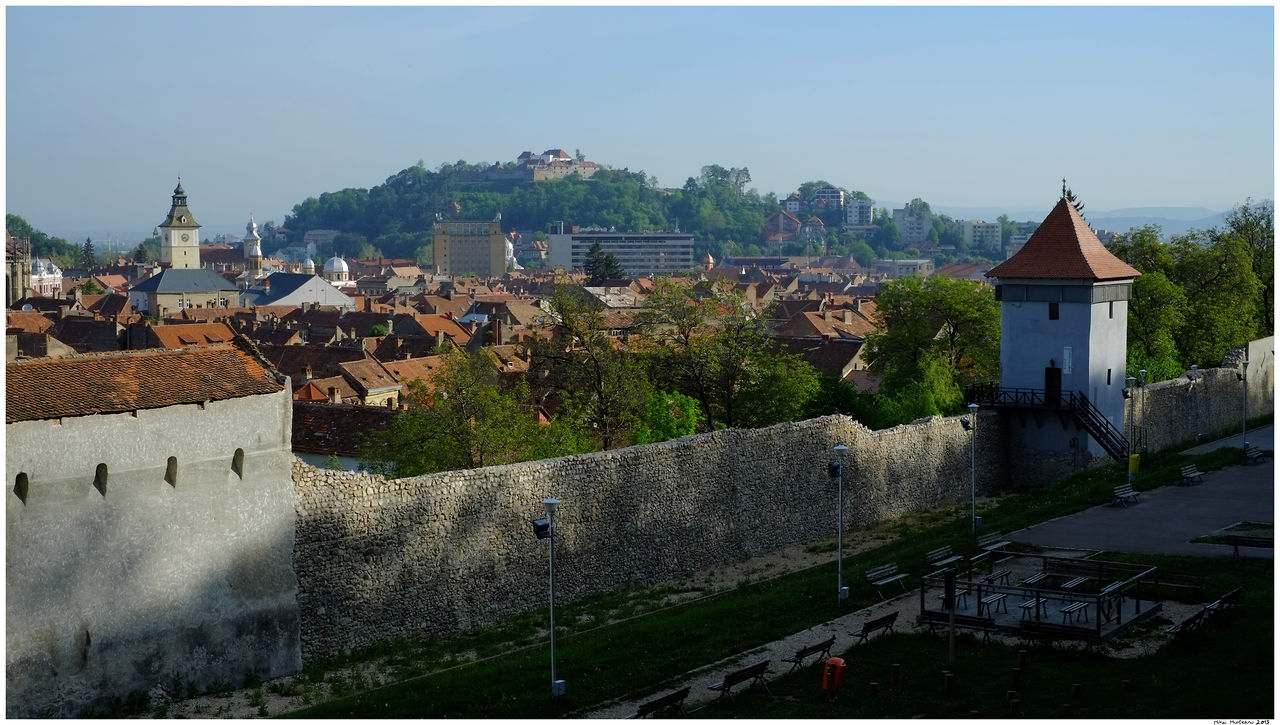 Bastionul Tesatorilor (The Weavers Bastion) and Olimpia tennis courts mark the south-west corner of the old city walls at the end of the long alley: 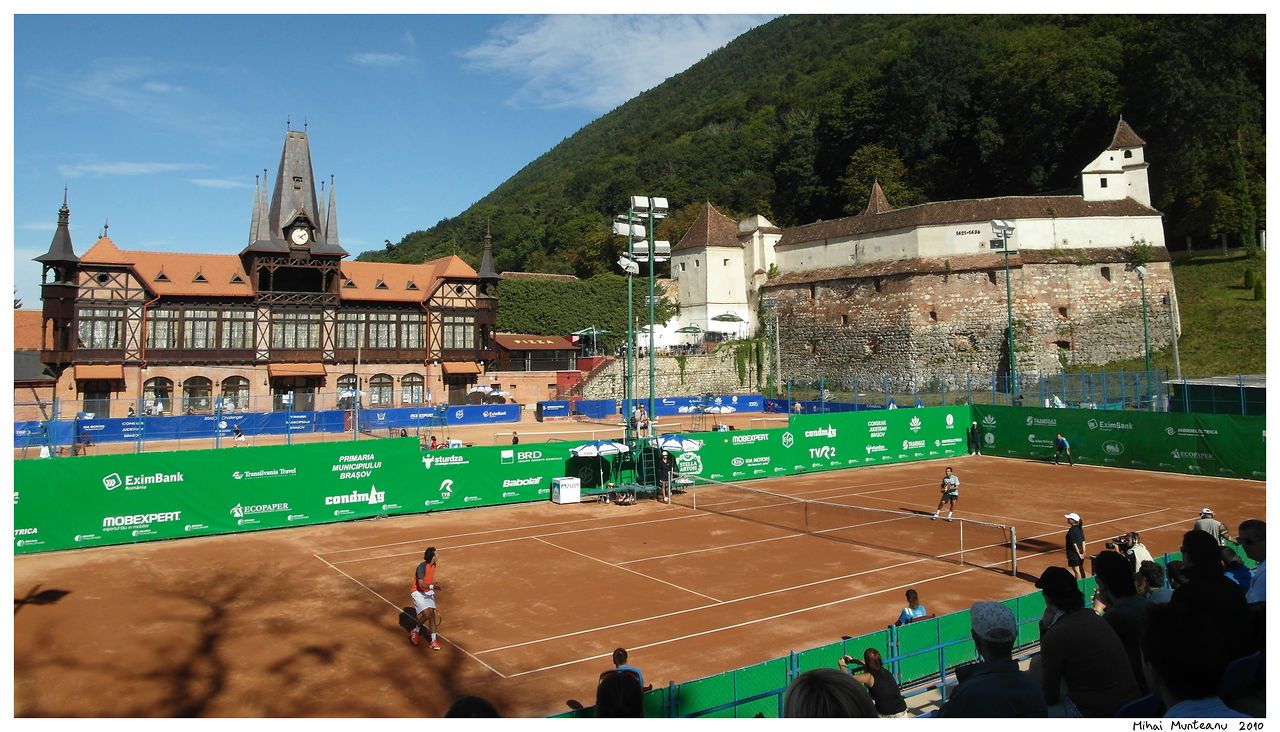 The route then passes by a cemetery for soldiers who died during the First World War:

From here the route has one more ascent, then follows some smaller streets: 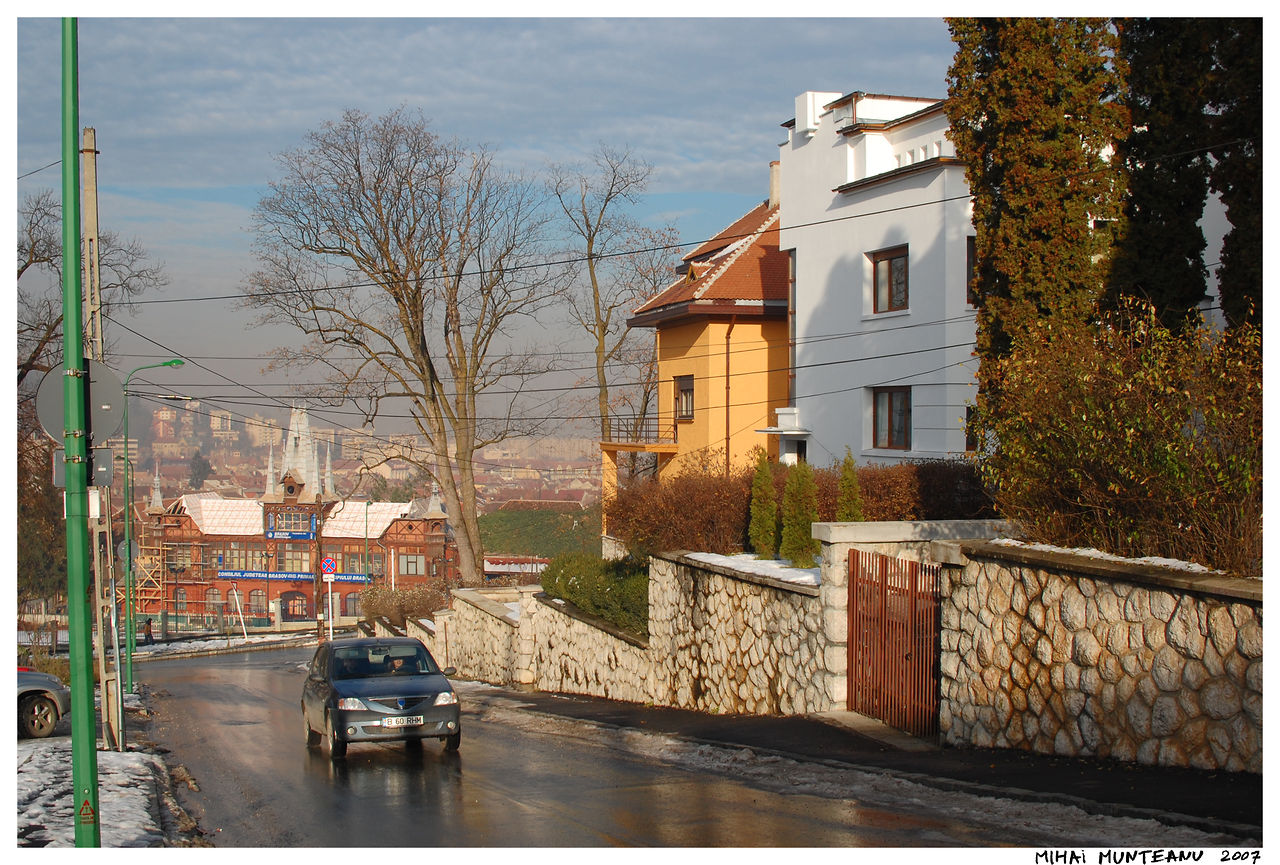 A few minutes later the route returns back to the starting point in Unirii Square, ending the beautiful 10km circuit.
Posted by Mihai Constantin Munteanu at 22:14